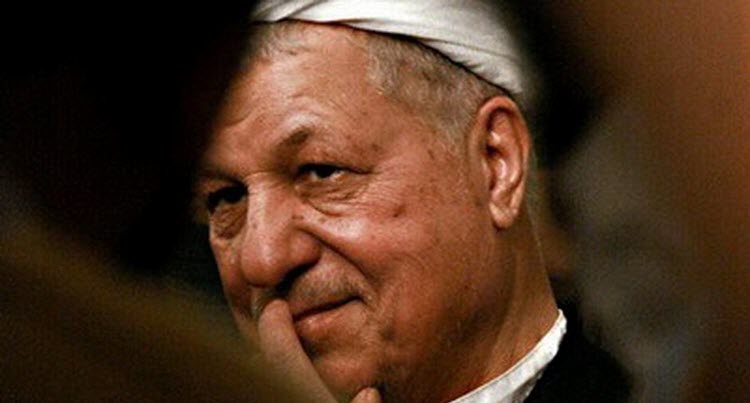 The former president of Iran, Ali-Akbar Hashemi Rafsanjani, died on 8th January at the age of 82 of a suspected heart attack. He has been described as one of the main pillars and ‘key to the equilibrium’ of the Iranian regime as well as one of its founding fathers.

For nearly four decades Rafsanjani has played a major part in the suppression of the Iranian people. He has also had a major role in the regime’s export of terrorism abroad and its quest for nuclear weapons.

After the Iran-Iraq war in the eighties, Rafsanjani was the Parliament Speaker and deputy commander of armed forces.

He was involved in the decision-making of the 1988 massacre that resulted in the execution of around 30,000 political prisoners. With regards to the PMOI, he once said: “Four rulings are a must for the [PMOI]: 1- Be killed. 2- Be hanged. 3- Arms and legs be amputated. 4- Be separated from society.”

During his presidency Rafsanjani was said to have ordered or been instrumental in the decision-making regarding the assassination of dissidents abroad.

In 1994, investigators were able to prove Rafsanjani’s involvement in the 1994 AMIA bombing in Buenos Aires in which hundreds of people were wounded and 85 lost their lives.

In recent years, Rafsanjani has been seen as a fierce rival of Iranian Supreme Leader Ali Khamenei, but also a mentor to the “moderate” President Hassan Rouhani.

Mrs. Maryam Rajavi, President-elect of the National Council of Resistance of Iran (NCRI), said that the death of Rafsanjani would create waves in the regime. She said: “Rafsanjani, who had always been the regime’s number two, acted as its balancing factor and played a decisive role in its preservation. Now, the regime will lose its internal and external equilibrium.”