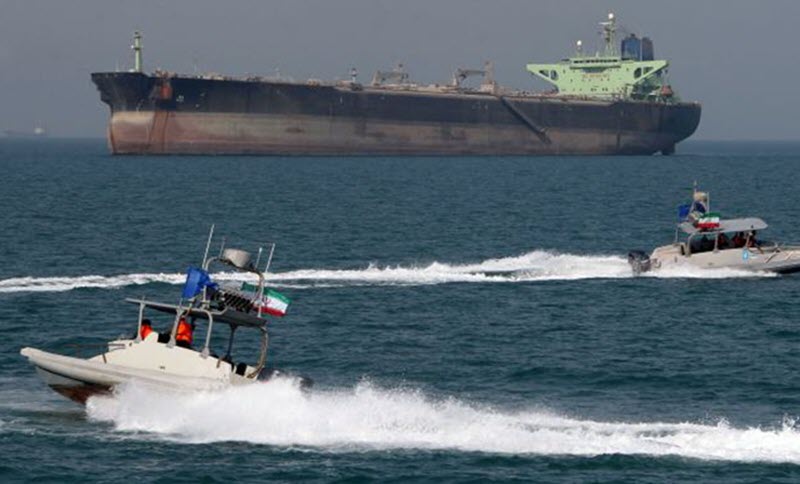 An oil tanker, which disappeared mysteriously in the Persian Gulf four days ago, has been found and this story is more strange than the disappearance.

It seems that the Iranian Revolutionary Guards Corps (IRGC), designated by the US as a terror group, towed the oil tanker Riah to an Iranian island for repairs, but the crew didn’t contact their base in the UAE, which all seem very suspicious.

Iranian Foreign Ministry spokesman Abbas Mousavi said that the oil tanker, which disappeared from radars on Saturday night, was “directed toward Iranian waters” and is being repaired at an Iranian harbour. He said the crew had called or help following a technical problem and that Iranian forces acted in accordance with international regulations.

This came after reports on Tuesday said that ship was probably detained by the IRGC and being held at an IRGC base on Iran’s Qeshm Island. The crew haven’t contacted their base since July 13, when the ship disappeared from radars after sailing through the Strait of Hormuz.

While the tanker was originally identified as a UAE ship, Bloomberg reported Tuesday that the ship is registered in Panama and none of its crew are UAE citizens. It was owned by UAE company, Mowj al-Bandar, but the company says it’s no longer the owner.

The theory behind the idea that Iran detained the tanker is that Iranian Supreme Leader Ayatollah Ali Khamenei warned that Iran would retaliate for the detention of an Iranian oil tanker in Gibraltar over suspected violations of EU sanctions.

After the US withdrew from the 2015 nuclear deal an reimposed sanctions, especially on Iran’s oil exports, Iran repeatedly threatened to stop other countries from export their oil, notably through closing the Strait of Hormuz, a key shipping lane in the Middle East.

Iran has allegedly attacked six ships in the Persian Gulf and the Gulf of Oman since May, along with downing a US drone and attempting to detain a British oil tanker. They have been strongly criticized by British and American officials.

Arian said it was surprising that neither Iranian news sources nor the IRGC reported that the ship was towed to Iran.