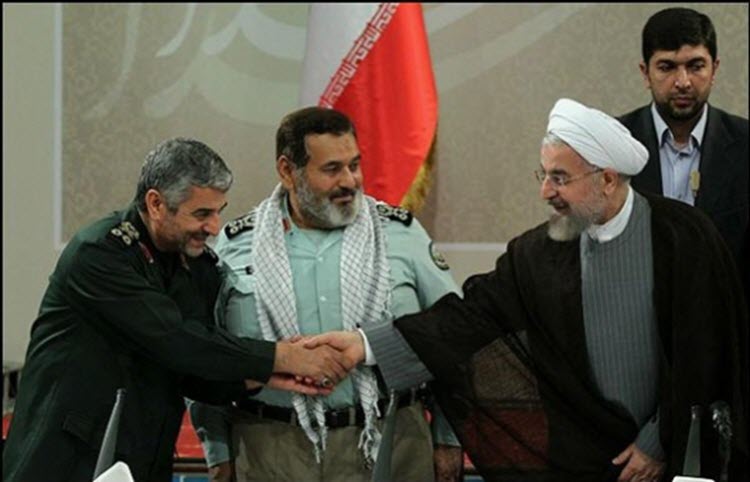 Iranian state media confirmed that two military bills were approved. The first one provides $7.4 billion to the IRGC’s defence budget – an increase of almost 25 percent. The other bill outlined a development plan for the next five years regarding the country’s missile program. It requires the government to guarantee a minimum of 5 percent of the budget to defence.

Combined, these measures are further strengthening the IRGC’s position with regards to the Iranian military. They are also giving the IRGC even more political and economic power.

In a policy brief earlier this week, associate fellow at the Foundation for Defense of Democracies (FDD), Saeed Ghasseminejad, explained that more and more former IRGC members are entering parliament. This is thus increasing the political power of the IRGC and ensures that it receives the biggest portion of the economy possible.

The IRGC is now going to get over half of the country’s $14 billion defence budget.

Regarding the five-year development plan (the sixth such plan since the eighties), a main requirement is that every year military spending has to be above 5 percent of the budget until 2022. The missile development and anti-missile defence systems will be prioritised. The very fact that the country is continuing to develop its ballistic program shows that the Iranian regime has accepted the temporary restriction imposed on it following the 2015 Iran nuclear deal.

Speaking about the economic result of sanctions relief that came after the nuclear deal, Ghasseminejad said last year: “There is no longer any doubt that the money the United States has paid to Iran will go to the Islamic Republic’s armed forces. It remains unclear how the military will spend it – potentially to prop up the Syrian regime, Hezbollah, Shiite militias in Iraq, or Houthi rebels in Yemen, or to buy heavy weaponry from Russia in contravention of the UN arms embargo.” He warned that sanctions relief would help the Iranian regime to continue its destabilising activities in the Middle East. And it turns out that he was right.

The Iranian regime has continued to spread terror throughout the region and is continuing to spend a fortune on funding wars and proxy groups abroad. While the Iranian people are left to suffer in poverty with extremely poor social services, the Iranian regime is plundering the country’s resources on terrorist activities.