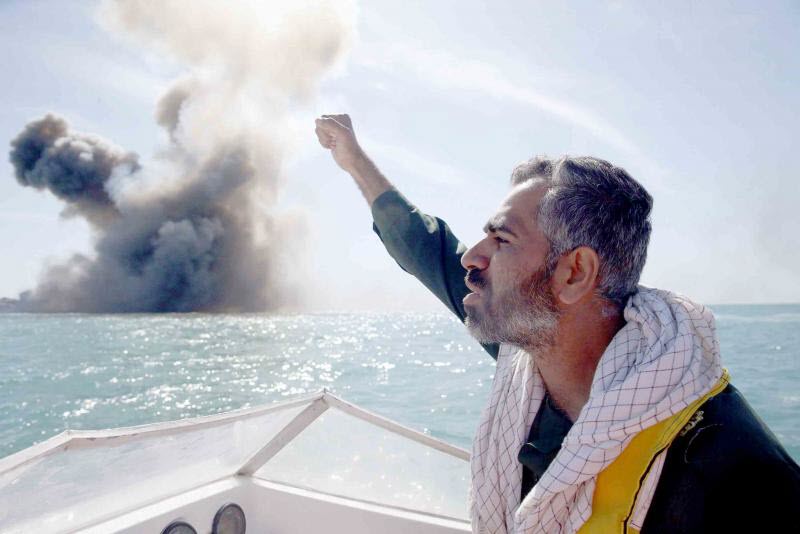 It is no secret that Iran would think nothing of destroying Israel. After all, the Regime refers to the Jewish state as “the little Satan”, shouts the “death to Israel” slogan, and uses its proxy militias to attack the country from Lebanon (Hezbollah) and Palestine (Hamas).

But what is less obvious at first glance is Iran’s hidden motto of “Death to the Arabs”. This is what drives Iran to fund sectarian militias across the Middle East that create proxy wars, commit terrorist atrocities, and propagate the spread of ignorance. The Iranian Regime dreams of controlling the region, from the Persian Gulf to the Mediterranean Sea, so they create chaos through a proxy group and then step in to take control once the power structure in that country has sufficiently broken down.

Iran is now the biggest threat to Arab existence, according to Farouk Yousef on The Arab Weekly, having attacked from within.

He wrote: “It is therefore incumbent on Arabs to put aside all the lies and act in a manner consistent with the realities of a changing world.”

Indeed, while many Arabs believe that Israel is a major threat to them, Yousef argues that Iran is worse because the Iranian Regime has already intrinsically linked themselves to the Arab world and even control some part of Arab life.

Worse still, Iran’s hostility towards the Arab world is not based on politics as is the case with Israel, but rather on ideology, which means that it cannot be overcome.
Some Arabs are still clinging to the idea that Iran might bring a revolution to the Middle East, something that Iran is no doubt working on, but that would not benefit the people of the region. In fact, it would only benefit the mullahs in Iran who dream of more control and more power.

Yousef wrote: “Iran is the only enemy of the Arabs now… We know that Iran wants to plant the seeds of its aggression in the region. This must stop, of course, so the Arabs can build their lives on sound foundations that bring them closer to the world and help them recover their rights within the context of a just peace.”

Of course, it is not just the Arab world that is threatened by the Iranian Regime. The whole world will suffer if the mullahs are allowed to take more power, but no more so than the Iranian people who are the first and biggest victims of the Regime.