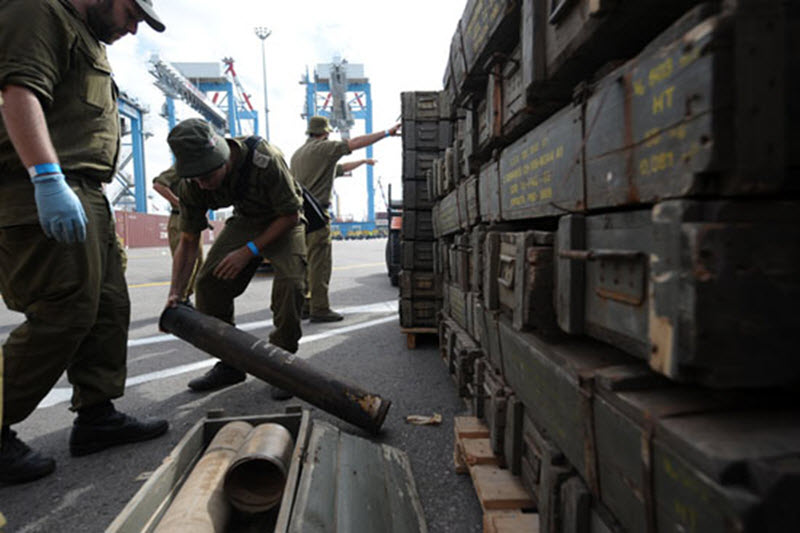 Every day for the past week, at least one, but more often two, Iranian transport aircraft have landed at Beirut international airport, according to military sources, while flights to Syrian air bases are few and far between. On their return flights, these Iranian planes refuel at Damascus airport. The majority of the incoming aircraft are Boeing 747s of Qeshm Fars Air, which are the planes used by the notorious Iranian Revolutionary Guards Corps (IRGC).

But why is Iran increasing its flights to Lebanon?

Well, some observers in intelligence fields are speculating that Iran wants to avoid US Air Force planes that are currently circling over Syrian skies. Others suggest that Iran and Russia have agreed to reroute Iranian air deliveries to Beirut to avoid any potential air strikes over Syria by Israel, at least until the Russian- S-300 air defence systems become operational in late January.

If you’re wondering why Israel may be reluctant to bomb Lebanon, as opposed to Syria, it’s because the last time Israel bombed Beirut International Airport in 2006, was during the Israel-Hezbollah war, when Israel dropped rockets on three runways to block Iranian ammo and missile resupplies for the enemy.

Iran is betting that Israel, wanting to avoid all-out war with Hezbollah as it would stretch the Israeli Defence Forces too thin, will refrain from attacking Lebanon right now. After all, Hassan Nasrallah, the leader of the Iran-backed Lebanese Shiite group, already threatened Israel on November 10, just after Israeli Prime Minister Binyamin Netanyahu exposed the presence of workshops, capable of upgrading Hezbollah’s surface rockets to precision-guided capabilities, near to Beirut Airport.

Nasrallah said: “An attack on Lebanon will definitely and certainly be responded to… [although Israel] possesses a large army, advanced air force and nuclear weapons, it cannot handle the number of missiles possessed by Hezbollah.”

The real reason for rerouting

Since that threat, both Hezbollah and the Iranian Regime have taken note that although Netanyahu revealed these missile workshops, he has done nothing to strike them. That’s the real reason why Iran has rerouted its deliveries through Lebanon.

They want to get their cargo, likely weapons, fighters, and cold hard cash, to Hezbollah, who are Iran’s leading militia in the Syrian Civil War, and they know that the safest way to do this is to send them via Lebanon, where they are unlikely to be destroyed.

Therefore, we must change our tactics against Hezbollah and Iran, in order to stop the spread of terrorism and war across the Middle East.