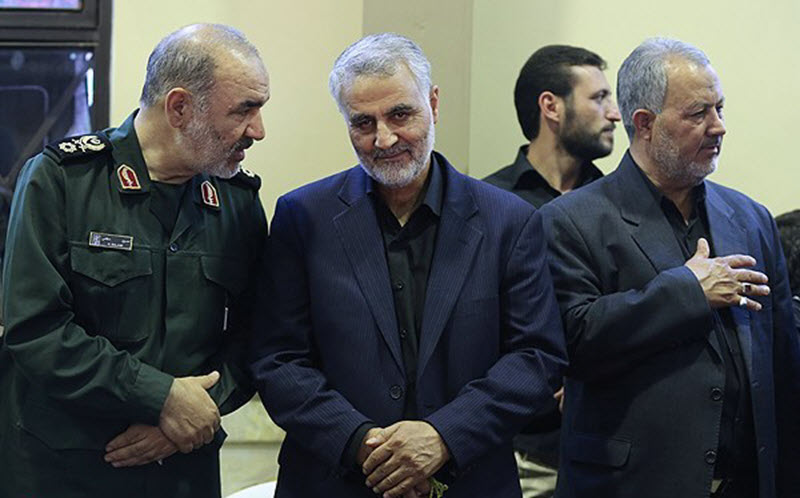 The Islamic Revolutionary Guards Corpse (IRGC) has encroached on Iran’s economy and is involved in massive plundering.

Al-Arabiya TV on November 13 in a program called “Death Production” resembled the IRGC to an Octopus which plays various roles in supporting death groups in the countries of the region.

The IRGC has taken over one-third of Iran’s revenues and wherever this force is defeated in military action, it uses its economic leverage.

With hundreds of companies and offices that penetrate foreign countries, the IRGC freely produces militant and creates different covering for money laundering, arms trade and buying mercenaries and many other illegal acts against Arab countries and other Middle Eastern and African countries.

The IRGC intervenes as a military entity with the training of militant and terrorist commanders and arming them in the internal affairs of the countries of the region.

The facts show that when their military operations fail, they have an octopus arm in the countries of the region that is used to influence these countries in the economic and social spheres.

The economic arm(s) of the Iranian regime’s Revolutionary Guards was formed after the start of the Iran-Iraq war.

Under the pretext of the war between Iran and Iraq, they were given many economic advantages and investments in the fields of roads and buildings, and their economic empire grew during the Ahmadinejad era. They were able to get nearly one-third of Iran’s revenues and were awarded nearly 60 water passage in the Persian Gulf. They took over the control of ten airports, including Payam, Khomeini and Mehrabad airports. They also took 25 gates at the Mehrabad International Airport out of the control of the Customs Office.

Among its economic entities, the Khatam-ol-Anbiya Institute, which operates in the fields of oil and gas, petrochemicals and road building, has more than 800 affiliated companies. More than 160,000 people work in these companies.

According to the information available on its site, this institution has already completed nearly $15 billion in project and has won many contracts without any bids.

In addition to the banks, the IRGC is linked to the Astan Quds Razavi Institute, which is under Khamenei’s control. The martyr Foundation and Mostazafin Foundation, under its control, are taking money from people with various excuses and reap money with economic activities.

This amount of plundering has caused even Hassan Rouhani to admit that Iran’s economy is in the hands of the government with a gun.