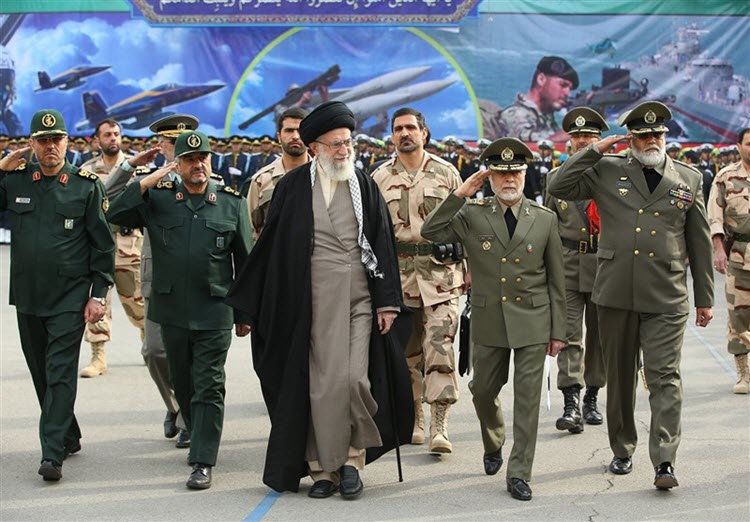 The annual Country Reports on Terrorism was released by the U.S. State Department, who once again listed the Iranian regime. The report based the designation on the regime’s continued support for terrorist organizations such as Hezbollah, and its overall efforts to destabilize the Middle East.

Since 1984, the Iranian regime has been designated as such in the U.S. report, making it one of the longest-running state sponsors of terror in the world. This year, along with Iran, Sudan and Syria were officially designated in the annual report.

Cited in the report were wide ranges of activities that have spread of terror and violence by the Iranian regime:

“Iran used the Islamic Revolutionary Guard Corps‑Quds Force (IRGC-QF) to implement foreign policy goals, provide cover for intelligence operations, and create instability in the Middle East. Iran has acknowledged the involvement of the IRGC-QF in the conflicts in Iraq and Syria and the IRGC-QF is Iran’s primary mechanism for cultivating and supporting terrorists abroad,” the report stated.

The State Department added, “In 2016, Iran supported various Iraqi Shia terrorist groups, including Kata’ib Hezbollah, as part of an effort to fight ISIS in Iraq and bolster the Assad regime in Syria. Iran views the Assad regime in Syria as a crucial ally and Syria and Iraq as crucial routes to supply weapons to Hezbollah, Iran’s primary terrorist partner. Iran has facilitated and coerced, through financial or residency enticements, primarily Shia fighters from Afghanistan and Pakistan to participate in the Assad regime’s brutal crackdown in Syria. Iranian-supported Shia militias in Iraq have committed serious human rights abuses against primarily Sunni civilians and Iranian forces have directly backed militia operations in Syria with armored vehicles, artillery, and drones.”

The report also detailed how, “Iran has provided weapons, funding, and training to Bahraini militant Shia groups that have conducted attacks on the Bahraini security forces. On January 6, 2016, Bahraini security officials dismantled a terrorist cell, linked to IRGC-QF, planning to carry out a series of bombings throughout the country.”

Although regime officials and the Iran lobby deny it, the report alleges that Iran has “remained unwilling to bring to justice senior al-Qa’ida (AQ) members it continued to detain and has refused to publicly identify the members in its custody. Since at least 2009, Iran has allowed AQ facilitators to operate a core facilitation pipeline through the country, enabling AQ to move funds and fighters to South Asia and Syria.”

The Iran nuclear deal has not changed the behavior of the regime, so the Trump administration has worked on imposing additional sanctions even as it certified Iran’s compliance with the nuclear agreement.

The Iran lobby, and advocates like Trita Parsi of the National Iranian American Council, argue that Tehran is acting in a moderate and open manner with respect to the nuclear agreement, but ignore the links between the regime’s behavior on terror and human rights, as well as its missile development.

In response to the new sanctions, Iran’s president, Hassan Rouhani, said on Wednesday that Iran would stand up to the U.S. and hit back with its own sanctions, and his foreign minister, Javad Zarif, took to CBS News to warn that the sanctions could jeopardize the nuclear deal.

Also on Wednesday, head of Iranian regime’s Revolutionary Guard, Gen. Mohammad Ali Jafari, warned the U.S. against imposing sanctions on the group. He said in an interview on state television, “If the U.S. intends to pursue sanctions on the Guard, it should first disassemble its military bases within 1,000 kilometers, or 620 miles.”

This statement was viewed as a threat against U.S. bases in Qatar, Kuwait and Bahrain, which proves the point made in the State Department’s annual report.