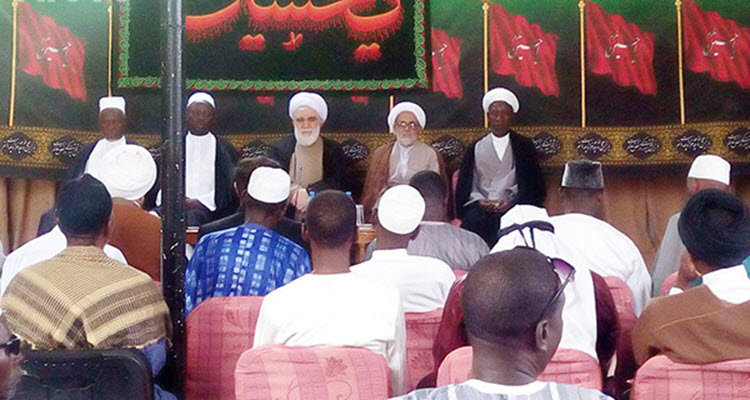 In Senegal, thousands of men and women participate in prayer five times each day at the nearest mosque. Their shared faith is a large influence on Senegalese culture, of whom the majority are Sunni Muslim. However, some 50,000 people belong to the Shi’ite sect of Islam, which is a form of Islam many consider to be imported.

Senegalese Islam is traditionally Sunni Muslim.The most well-known of all the Sunni orders are the Mourids, or Murīdiyya which began after an anti-colonialism movement. Shi’ism has been a presence in Senegal since the late 1970s, after the 1979 Islamic Revolution in Iran.

Cherif Mballo, the president of the Superior Council of Shi’it’s in Senegal said, “Shi’ism is not very well known in West Africa, but thanks to the Revolution of Iran, Shi’ism has become somewhat of a global attraction. Khamenei changed the game and shook the global epistemological order to its core.”  Mballo added, “When the revolution came about a lot of religious leaders here who knew what was going on adapted to the change and they supported it. Not support in the sense that they applied the practice, but accepted the Islamic Revolution and accepted the man who was heading the revolution because he was a religious man like them. But there is little difference in the way Shi’ism and Sunnism are practiced here in Senegal. Because you know that Shi’ism was born in a climate of contestation. With the death of the Prophet and the conflicts between leaders, that’s what brought about Shi’ism in the political plan. Those were always looming factors that questioned power. So when Shi’ism came to Senegal a lot of religious leaders liked it because they liked the name Khamenei, even aside from the political aspects because they saw everything else.”

Historian Macoumba Diop said, “The 1979 Islamic Revolution in Iran drew support from a number of Senegalese, particularly those who sought out a deeper, purer connection to Islam, but also for those who felt Senegal’s first President Léopold Senghor, a Catholic, did not embody the same religious values of the rest of the country.”

Mouhamed Diakite said, “Of course religion is a huge part of our society. I’d say 98 percent of what we do is influenced by religion. The Islam we have here in Senegal is peaceful, that’s why we don’t have problems like other Islamic countries; we keep politics out of it,” he added.

Although institutions dedicated to Shi’ite Islamic education are few in Dakar, their influence is growing. Al-Mustafa University and the Institute Mozdahir in Dakar are two prominent institutions in the capital. They both hold courses on Shi’ism as well as other subjects. Al-Mustafa University has about 150 students each year, and tuition and meals are free. A special report from Thomson Reuters indicated that the university received over $70 million from Iran in 2016, but university staff refused to comment on where financing comes from.

At Dakar’s public university, University Cheikh Anta Diop, a student shared his thoughts on Shi’ism as it affects Senegalese culture. “Serigne Touba taught us to respect ourselves and others, but sincerely I don’t think that form of Islam has a place in real Senegalese culture. It’s not what we know. How can you be Senegalese and do what they do — when they only come here to separate us or rob our country?” Law student Ousmane Faye asked.

Still, Shi’ites like Mballo hope that one day more people from his community will embrace the same order of Islam he holds dear. “We want Shi’ism to take on the color of Africa. We want to embrace Shi’ism as our own. Iran will always have their differences, whether it be their way of speaking or how they wear their clothes, but we need to adapt Shi’ism to be for Africa, too,” said Mr. Mballo.

By propagating its version of Shi’ism in places of worship and educational institutions, Iran’s influence in this African country is growing.