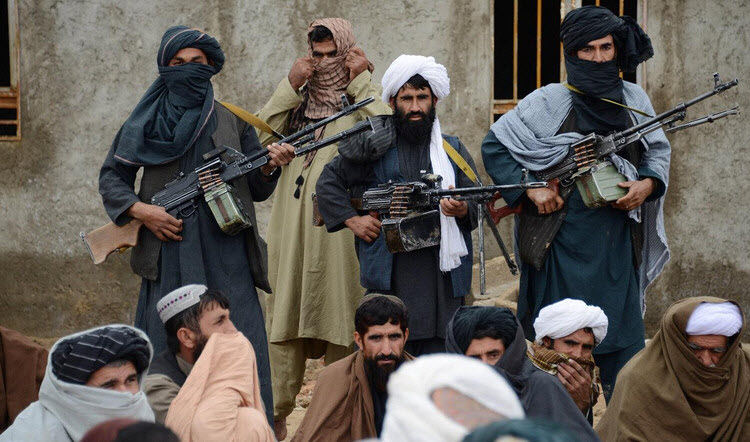 Recent reports have indicated that the Iranian Regime has been increasing its support of the Taliban in the north and east of Afghanistan.

Historically, the Taliban has been working to destroy Shiite groups, like Hazaras, in the region, so it is strange that they would accept support from the Shiite Iranians. However, the Iranian Regime is now a major player in the region.

It is possible that this alliance was formed- as many strange alliances have been- in order to fight the rise of so-called Islamic State (ISIS) in Afghanistan.

Unlike the Taliban, ISIS is not limited to a specific country and has supporters who commit atrocities all over the world, including most recently in Iran.

Joshua Levkowitz of the Middle East Institute wrote, in a recent report entitled: “Iran’s Taliban Gamble in Afghanistan”, that the Taliban-Iran relationship began to form in 2014 after the international coalition troops began to withdraw but strengthened after other regional groups pledged allegiance to ISIS.

In late 2016, of America (VOA) reported that the Afghan Parliament was investigating ties between the Taliban and Iran and Russia, accusing Iran of harbouring Taliban fighters and supplying them with sophisticated weapons.

Asif Nang, the governor of western Farah province, Afghanistan, said: “Families of a number of high-ranking Taliban leaders reside in Iran. They live in cities such as Yazd, Kerman, and Mashhad, and come back to Afghanistan for subversive activities.”

He reported that the bodies of dead Taliban fighters are often transported back o their families in Iran and that locals often see the Taliban crossing the borders into Iran.

Jumadin Gayanwal, a politician from the  southeastern Paktika province said: “Iran not only has hosted Taliban families, it has supplied the group with weapons that could target and damage tanks and planes.”

In February, General John Nicholson, a high-ranking US commander in Afghanistan, told the US Senate’s Armed Services Committee that Russia and Iran were supporting the Taliban to undermine the US-NATO mission to bring peace to Afghanistan.

It is also believed that Qatar has links to terrorism through its support of Iran, which is why three Arab countries (Bahrain, Saudi Arabia, and the UAE) cut off diplomatic ties to the country.

There are many new reports that show Mohammad Tayyab Agha and other members of the Taliban, travelling from their political offices in Qatar to Iran in 2015, and many believe that the links have grown stronger since.