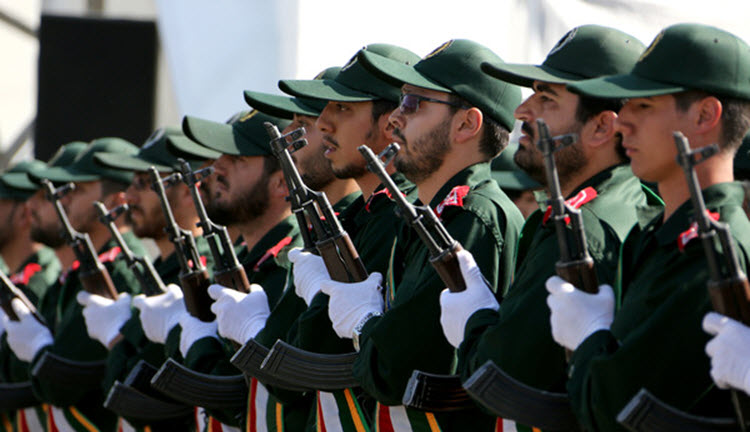 World attention has recently focused on foreign volunteers who have joined the ranks of the jihadist militias of the Islamic State and Al-Qaida by the thousands, after the beginning of the civil war in Syria, and especially since the advent of the Islamic State (ISIS) and its franchises in the Arab Middle East and Africa.

Terrorists who were trained and inspired by the jihadist organizations commit attacks in Europe, the United States, and throughout the world, emphasizing the need to understand the situation to better combat it. Analysts have concentrated on the jihadi volunteers from some 80 nations, and warned of the danger that those fighters would return home to become sleeper operatives, according to an article by Track Persia, a Platform run by dedicated analysts who spend much of their time researching the Middle East.

However, Iran has managed to go almost unnoticed by media coverage, and has deployed its own fighters and proxy armies to fight for the Assad regime’s survival in Syria. “While the jihadist organizations recruited their volunteers from the Sunni Muslim world, Iran turned to the Shiite populations to supply the needed manpower for Iran’s Syrian front,” says Track Persia.

The Iranians sent a limited operational force to Syria, consisting mainly of advisers from the Revolutionary Guards. Track Persia states that the assessment is that “there are about 1,500-3,000 Iranian Revolutionary Guard officers present in Syria and serving mainly as advisers responsible for logistics, intelligence gathering, and training.”

Regional Shiite forces answer to Tehran’s orders, because they were created by Iran, and serve Iranian policy first and foremost in the region. An Iranian Revolutionary Guard officer claims that the Guard has formed and trained 42 brigades and 138 battalions, all sent to defend the Assad regime, says Track Persia, who adds,  “At least five national entities were to provide the manpower to serve the Iranian agenda in Syria:

-Iraqi Shiite militias, of which “Al-Nujaba Movement” has a special significance for Israel”

These military units receive orders from the Iranian Revolutionary Guards. Iran supervises their salaries, equipment, training supervision and control, and the Quds Division of the Revolutionary Guards, commanded by Qasem Soleimani coordinates, though each division enjoys a relatively high degree of autonomy, reports Track Persia.

Chaotic situations unseen in the past, and thus unprepared for, were created during the Syrian Civil War. In fact, Track Persia says, “The only time a coalition of Arab forces fought other Arab forces was in the course of the Gulf war and the Yemeni conflict. Arab contingents were regular military formations, and the divide between them rested on differing national interests, whereas in the Syrian conflict, militias from almost every place in the world are fighting along and against militias and regular forces based solely on the Sunni-Shiite divide.”

The Syrian conflict is being manipulated by foreign powers. Assad and his allies led by Iran and Russia, and the rebels assisted by the American-led coalition and Turkey.

As a result, jihadi fighters and rebel factions are coming from more than 80 countries in the world, which would have remained quiet, but for the coffins returning home.

Track Persia writes, “In a way, it stresses the fact that Iran remains reluctant to engage its main forces to protect Assad, and left without this choice, Iran had no other option, but to bring into the battlefield other Shiites ready to die for its cause. To paraphrase a very old saying, Iran is ready to fight in Syria until the last non-Iranian Shiite.”