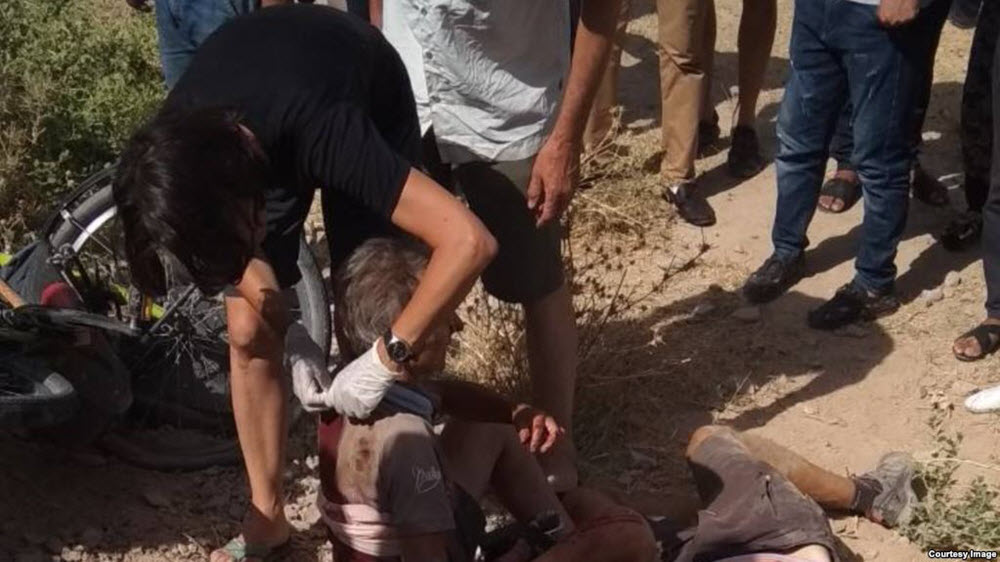 On Tuesday, police in Tajikistan appear to have blamed a banned opposition party linked with Iran for a terrorist attack that left four tourists dead and that ISIS claimed responsibility for.

The police statement read that the detained man, who was identified as leading the attack, was an “active member” of the Islamic Renaissance Party of Tajikistan. The group was banned in 2015.

Hussein Abdusamadov, 33, is also believed by the authorities to have undertaken “military sabotage” training in Iran, a county that Tajikistan does not have good relations with. The police said that the suspect admitted travelling to Iran four times “where he received an ideological education and underwent military sabotage training”.

Authorities have not yet revealed their proof, but it is likely that it is still classified as a part of the police investigation.

The extremist attack on Monday, which was originally reported as a hit-and-run road accident, occurred when a vehicle ploughed into seven tourists cycling in the Danghara district, about 100 kilometres from Tajikistan’s capital Dushanbe.

In a statement released on Monday, ISIS claimed that a “detachment from the soldiers of the Caliphate” had carried out an attack against “citizens of Crusader coalition countries”.

Tajikistan’s interior minister Ramazon Hamro Rahimzoda revealed later than the group of terrorists who carried out the attack was armed with “knives and firearms”, meaning that this was an act of terror and not a traffic accident.

According to the police statement, at least four people suspected of involvement in the terrorist attack were killed by police, whilst another four suspects have been detained.

While the public has not yet been given the concrete evidence of Iran’s involvement in this attack, they should be aware that this is entirely within the regime’s wheelhouse.

The Iranian regime is widely regarded as the number one state sponsor of terrorism throughout the world, thanks to their close ties to terrorist groups like ISIS and Al Queda, their funding of Hezbollah and Hamas, and their eight terrorist training camps that are run inside of Iran by the Islamic Revolutionary Guards Corps.

The regime also has a history of funding terrorist groups inside of enemy countries in order to destabilise the ruling party and take control. It will not be surprising when the proof is revealed.