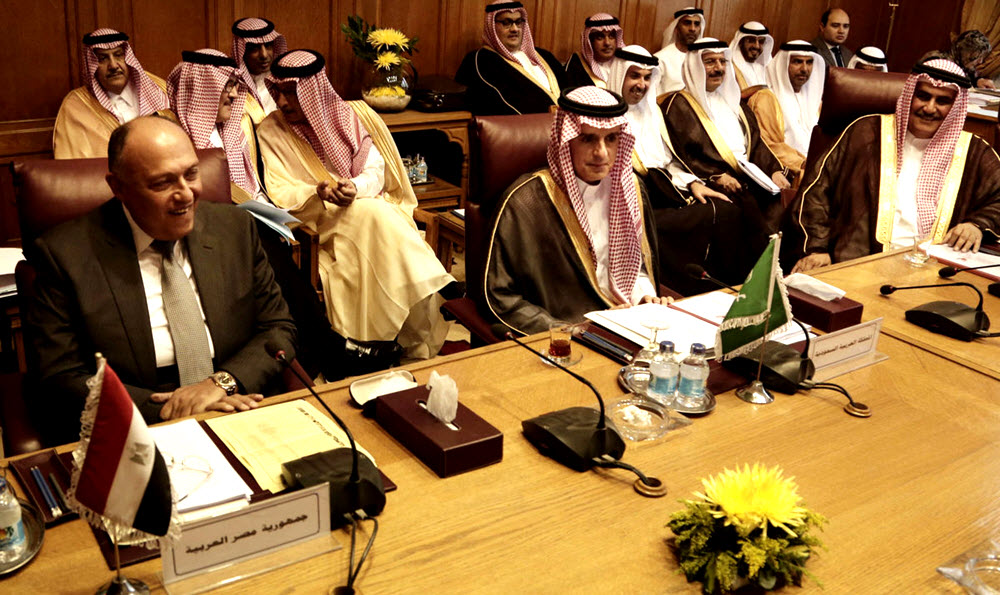 Iran-backed Hezbollah is the biggest threat to security in the region. Bahrain’s foreign minister stated on Sunday.

Ahmed Al Khalifa remarked during an emergency meeting of Arab League foreign ministers in Cairo to talk over ways to combat Iran regime’s interference in the affairs of Arab countries.

“Hezbollah is Iran’s biggest arm in the region and is found in Iraq, Syria, Lebanon and other neighboring states and is represented in the Houthis”.

“This is the biggest threat to the security of the region today,” Mr. Al Khalifa said, adding that Iran has crossed all its limits.

Regional tensions have escalated in recent weeks between Saudi Arabia and Iran over the surprise resignation of Lebanese prime Minister Saad Hariri, and after a ballistic missile was fired at the kingdom by Houthi rebels in Yemen.

“The Lebanese Republic, in spite of our relations with it as a brotherly Arab nation is under the total control of this terrorist party,” Mr Al Khalifa said, referring to Hezbollah.

He called on states “where Hezbollah is a partner in government to carry their responsibility”.

The meeting, was chaired by Djibouti foreign minister Mahmoud Ali Youssouf, by the request of Saudi Arabia, which was supported by the UAE, Bahrain and Kuwait. Iraq and Lebanon’s foreign ministers did not attend the emergency meeting. Lebanese foreign minister Gebran Bassil is the son-in-law of Lebanese president Michel Aoun, an ally of Hezbollah.

The meeting comes two weeks after Mr. Hariri resigned from Riyadh, criticizing Iran’s influence in his country and fearing assassination.

Mr. Al Jubier said the Arab League needed to take a decision to be “non-compromising” in dealing with Iran.

Saudi Arabia “will not hesitate to defend its national security to keep its people safe”, Mr. Al Jubeir said at the Cairo meeting.

“The missile launched by the Houthis targeting Riyadh highlight’s Iran’s threats against the kingdom” he said, adding that the Iranian missiles failed to respect the sacred Islamic sites in Mecca.

Saudi Arabia says Iran is providing Yemen’s Houthi rebels with missiles that have been used in attacks against the kingdom. Iran denies arming the Houthis, who say they locally produced the missile.

“Showing leniency toward Iran will not leave any Arab capital safe from those ballistic missiles,” he said. “We are obliged today to take a serious and honest stand… to counter these belligerent policies so that we can protect our security.”

Mr Al Jubeir stressed that the Kingdom would not stand idly in the face of Iran’s “blatant aggression”. He added that “Iran deliberately violated all the international principles and recruited agents in the regions such as the Houthis and Hezbollah.”

“Iran continues to violate Arab world’s national security and we must act in order to curb Iran’s policies and protect our security,” Mr Al Jubeir said.

A leaflet was handed out by the Saudi delegation during the meeting that highlighted the Houthi’s threat to the kingdom.

It showed that “80 ballistic missiles were fired at villages near the Saudi-Yemeni borders and 66 thousand projectiles”, such as mortars and rockets.

Arab diplomats that attended the meeting told Reuters that a Saudi draft resolution put forward to the Arab ministers proposes a declaration of solidarity with the kingdom and stating Arab support for actions it might take to safeguard its national security in the face of Tehran’s policies.

The draft appears to be in synch with Saudi Arabia’s hardening of its rhetoric against Iran since the Yemeni rebels, known as Houthis, fired the missile on November 4 towards Riyadh. Along with that attack, the resolution highlighted the bombing of an oil pipeline in Bahrain this month as an example of Iran’s threat to regional security.

Syria is another battlefield of the proxy conflict between Iran and Saudi Arabia, where Riyadh has been supporting groups fighting forces loyal to President Bashar Assad.

Iran, on the other hand, has supported Mr Assad’s government, providing it with billions of dollars’ worth of economic and military aid since the civil war there began in 2011.

Hezbollah and an assortment of Iranian-linked Shiite militias from places like Iraq and Afghanistan have been fighting on the Syrian government’s side.