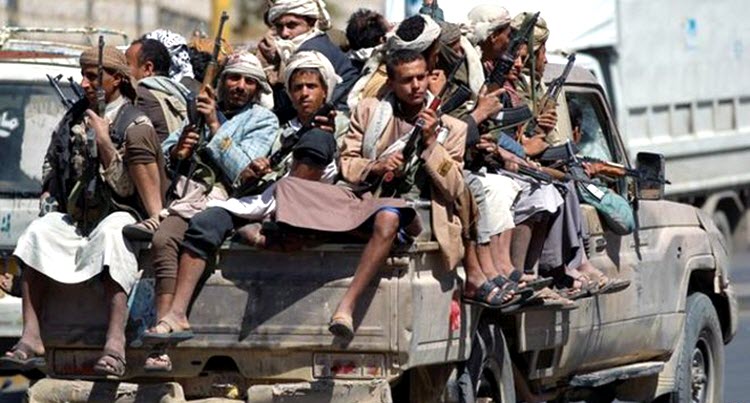 The US Navy dispatched three military vessels off the coast of Yemen following the rocket attacks on a United Arab Emirates auxiliary ship, this past Saturday.

Houthi rebels in Yemen have claimed responsibility for the attack. The Houthis had been supplied with “shoulder-fired rockets” by Iran; these rockets nearly destroyed the ship but, thankfully, there were no reported casualties from the UAE crew.

The ship, which was once owned by a US company and contracted to the US Navy, was hit by four rockets in Saturday’s attack.

The US Navy warships were deployed to the Mandab Strait, just south of Yemen, which connects the Red Sea to the Gulf of Aden.

A military official told Fox News: “This is a show of force…It’s concerning anytime this happens.”

The anonymous source said: “Sending the warships to the area is a message that the primary goal of the Navy is to ensure that shipping continues unimpeded in the strait and the vicinity.”

State Department spokesman John Kirby released a statement about the attack on Sunday, stating: “We call on the Houthi-Saleh groups to immediately cease attacks against all vessels. These provocative actions risk exacerbating the current conflict and narrow the prospects for a peaceful settlement.”

Back in April, the US Navy intercepted a weapons shipment from Iran to the Houthis and in 2015, deployed the aircraft carrier USS Theodore Roosevelt to shadow an Iranian convoy which mysteriously turned around and headed back to Iran before reaching Yemen.

The UAE ship is being towed to nearby Eritrea for repairs.