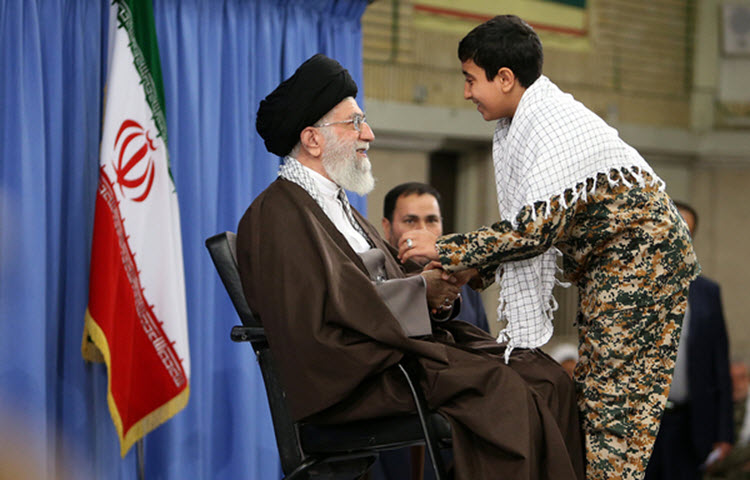 The Iranian regime’s deputy of the security commission of parliament has declared that there is a huge number of young people in Iran that are willing and enthusiastic about going to the war fronts in Syria and Iraq. He said that there are presently about a million young people waiting to go.

“Among the huge crowds of volunteers to be deployed in Syria and Iraq, there is a significant number of adolescences and teenagers.” However inconsistencies appeared in his story when he said: “The Islamic Republic has two missions in Syria and Iraq, advisor activities and educational (training) measures.”

Meanwhile, Davoud Goudarzi, head of the Basij Student Organization of Iran, announced that 50 Basiji students have so far died in Syria. He did not give any details about those who were killed, but he did mention that they were all voluntarily fighting in Syria.

The Iranian regime has never, before now, announced death figures for Basiji students fighting in Syria. We do know that hundreds of military personnel belonging to the Iranian Revolutionary Guards (IRGC) have been killed, including several senior commanders.

An agent going by the name “Rakht Afkan” went around visiting prisoners under the pretext of completing their profile for the prison’s computer system. They were asked a number of questions such as marital status, number of children, etc. Then they were asked if they would fight in Syria to defend Shrine. Most prisoners apparently declined.

The Iranian regime is desperate for more people to volunteer to fight in Syria as it is facing a shortage of forces. The regime has promised to pardon prisoners who face execution or long prison sentences in exchange for them going to Syria.