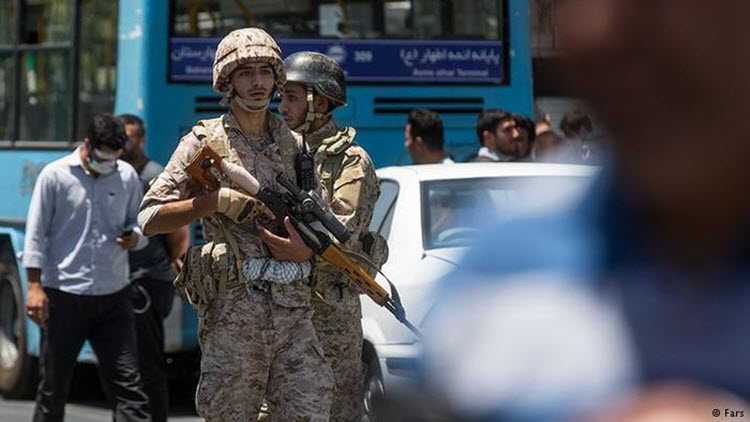 Last week’s terror attacks in Iran have been widely criticised throughout the world and while we must have sympathy for the victims and their families, we must not feel sympathy with the Iranian Regime, according to a leading political analyst.

Paulo Casaca, founder and executive director of the Brussels-based South Asia Democratic Forum (SADF), told DW in an interview last Thursday that it is wrong to consider the Iranian Regime a victim of terrorism in the same way that we consider the UK and France as victims of terrorism.

While the loss of lives is always tragic, Casaca reports that the Iranian Regime is reaping what they’ve sowed as the leading state sponsor of terrorism in the world.

Casaca, a Portuguese member of the European Parliament from 1999 to 2009, said: “Iran has a long tradition of supporting terrorist groups not necessarily aligned with the Shiite sect of Islam, for instance Al Qaeda, Hamas or the Taliban. Still, as it happens with other states that support jihadi groups, Iran cannot stop its own creations from turning against it.”

The attacks on the Iranian Parliament Buildings and at a shrine to the former Supreme Leader, were claimed by the so-called Islamic State and carried out by Iranian citizens. Casaca notes that the Regime has attempted to downplay the attacks in order to distract Iranian citizens from Regime terrorism.

He said: “Regardless of the operational details of the IS attack, it is clear that Tehran is involved in a major propaganda campaign to spread confusion and portray itself as a victim of terrorism.”

He dismissed the notion that the so-called Islamic State would now attempt to recruit more fighters from places like Iraq, Pakistan and Afghanistan in order to carry out more attacks. It would more likely be the Iranian Regime who sought to recruit and train terrorist from those locations as they currently do.

Casaca said: “I think there are enough potential recruits in Iran that this will not be necessary. On the contrary, the Iranian recruitment of Shiite jihadis from countries like Iraq, Pakistan and Afghanistan has been crucial in its war efforts in Syria…The Iranian recruiting of fighters in countries like Afghanistan and Pakistan will certainly exacerbate the [Saudi-Iran rivalry].”

Casaca also praised Donald Trump, who condemned the attacks and criticised the Iranian Regime for its terrorist activity, and welcomed Trump’s alliance with Saudi Arabia.

He said: “Donald Trump is the first US president since – and including – Jimmy Carter who has the courage to break with the policy of appeasement toward Tehran. Iranian authorities are very concerned by the formation of an anti-jihadi alliance in the Middle East.”