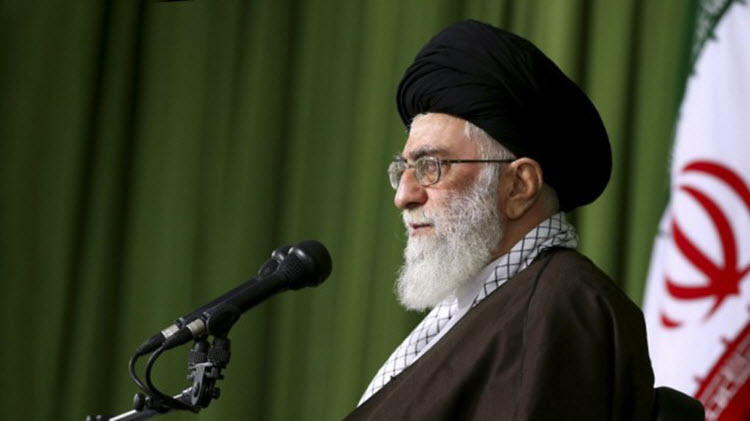 On Saturday, Iran’s Supreme Leader, Ayatollah Ali Khamenei, declared that Saudi Arabia’s monarchy faces “certain downfall” by its alignment  with the US, and that its regime may be toppled sooner rather than later.

According to Reuters, at an event that marked the beginning of the Muslim fasting month of Ramadan with a Koran reading, Khamenei  said, “They will face certain downfall. They might stay for some time; it depends on how the believers of the community take action. If they act correctly, it will happen sooner. If they don’t [react], it might take longer.”An English transcript of his words was provided on his website During the religious gathering, Khamnei said, as well, “They will be gone, they can be toppled and can perish [or be destroyed]… there is no doubt about it… it is certain that it will happen.”

In further remarks regarding Riyadh, he accused “a group of worthless, inept and villainous people [who] are ruling over a community of the Muslim nation, namely the Saudi government” of placing the Muslim world in “grave danger”. Khamenei called Saudi Arabia “pagans and enemies” by the United States, a week after the kingdom signed an $110 billion weapons deal with US President Donald Trump during his visit last Saturday. Private sector and other agreements with the US totaled some $350 billion. Khamenei criticized Riyadh for trading its wealth with “pagans and enemies”.

Saudi Arabia the the first stop on the American President’s first international trip. He received a red-carpet airport welcome by King Salman, as he sought to repair ties with Washington’s closest Arab ally. A series of meetings with the king and other Arab and Muslim leaders were held during Trump’s weekend visit.

The  semi-official Fars news agency offered this translation of another one of Khamenei’s condemnations, “The stupid Saudi government thinks it can attract the friendship of enemies by giving them money.”  He added that bastion of Islam Saudi Arabia is “cruel toward believers and kind toward pagans.”

“They are giving special handouts to the US. To whom does all this wealth belong? This is the nation’s [Saudi people’s] wealth, which they give away to disbelievers and their people’s enemies…They oppress their own people in this manner, and oppress the people of Yemen and Bahrain in other ways. But they are going to perish,” he warned.

Opposite sides are supported in the in such conflicts as Syria, Yemen and elsewhere in the Middle East, by Iran, who’s majority is Shiite, and the predominantly Sunni, Saudi Arabia.