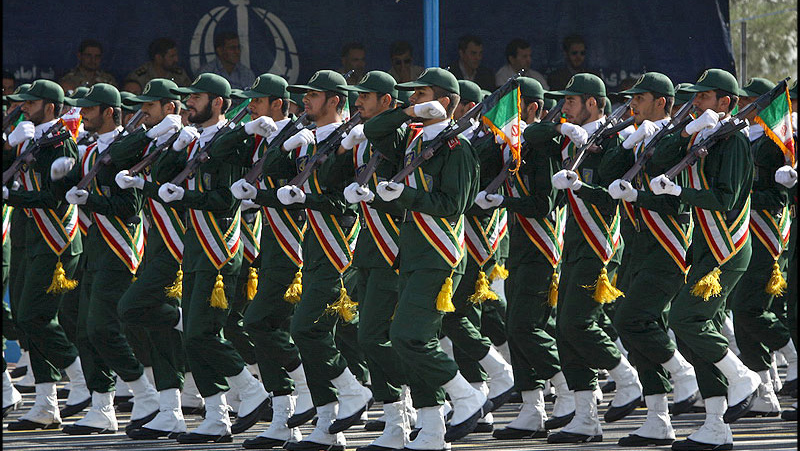 The Iranian Revolutionary Guards Corps (IRGC) in a statement stresses that the regional influence and missile development will be fostered.

In an official statement issued in the state media on October 19, the IRGC responded to Donald Trump’s recent statements against the organization, claiming with insult that “while the regional influence, authority, and Iran’s development of the missile power accord with the era of sanctions, Iran will constantly promote and develop its further plans.”

In its statement, the military-intelligence organization called Trump’s recent stances “hostile” claiming that “imposing new sanctions on Iran reflects the failure of the U.S. and Israel’s policies as they intend to change the map of the region and to separate and weaken the Islamic States. They are actually furious about the role of the IRGC in this matter.

In the beginning of this year (2017), there were some reports on Trump’s intentions to designate the IRGC in the list of the U.S. Terrorist Organizations. Although some commanders and the IRGC’s affiliates have been subjected to new sanctions due to the violation of human rights and Iran’s missile program, the United States has not sanctioned the entirety of this military force yet and the IRGC has not been enlisted in the U.S. blacklist as well.

The U.S. President announced strict strategies towards Iran last Friday, refusing to confirm his adherence to Iran. He has paved the way for the U.S. Congress to reimpose previous sanctions against Iran. The U.S. Congress will have a deadline of 60 days to decide on reimposing previous sanctions on Iran. The U.S. Treasury has also announced that new sanctions are imposed on the IRGC following Trump’s order.

Donald Trump has repeatedly accused the clerical regime of “sponsoring terrorism”, “developing ballistic missile program”, “destabilizing the region”, and “violating the terms of Iran Deal”. He stipulated that the U.S. will respond to these behaviors.

As Trump attacked the regional policies of Iran and talked about enlisting the IRGC as a terrorist organization, the two gangs of Iran regime have supported this repressive organization. The so-called reformist guerrilla removed its modest mask and revealed its true nature. Iran’s President, Hassan Rouhani, the former President, Mohammad Khatami, the Minister of Foreign Affairs, Mohammad Javad Zarif, and other reformists also exposed their real faces. They have defended the regime’s missile program as well as the interferences of the IRGC in the region, which has led to the massacre of 100000 people and the displacement of millions of people in Syria, Iraq, and Yemen.