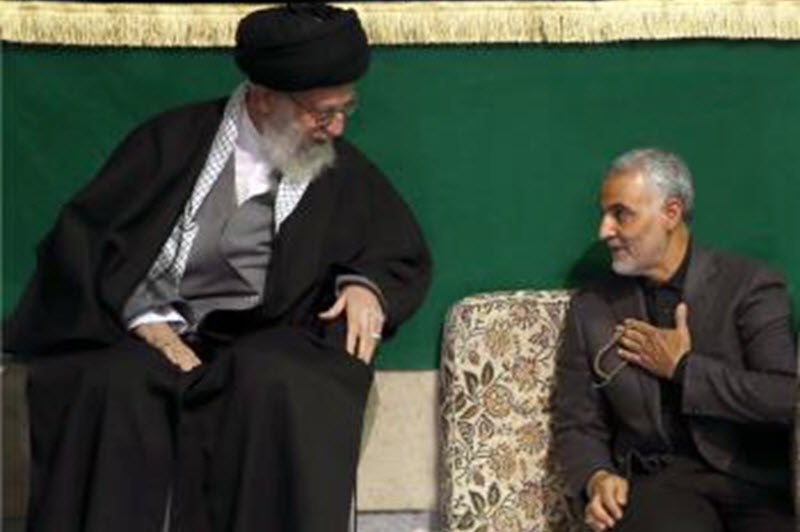 Recently, Washington designated Hezbollah as a terrorist entity. Many believe Hezbollah is funded by, and takes its orders from, Iran. Now, US President Trump has classified Iran’s Revolutionary Guard Corps (IRGC) as a terrorist organization in a move to increase pressure on Tehran.

US Secretary of State Mike Pompeo called Major General Qassem Soleimani, commander of Iran’s Quds Force, a terrorist, who will be viewed in the same way as we view extremists like ISIS leader Abu Bakr Al Baghdadi. He said that the IRGC would be targeted like any other terrorist organization. “Qassem Soleimani has the blood of Americans on his hands… as does the force that he leads, and America is determined each time we find an organization, institution or an individual that has taken the lives of Americans, it is our responsibility. It’s indeed President Trump’s duty.”

Designating Iran’s Islamic Revolutionary Guard Corps as as a terrorist group follows Saudi Arabia and Bahrain, who added the IRGC to their terrorism lists last October. The move also came at the same time as elections took place in Israel, so many believe that the decision was meant to influence Israeli voters.

Republican Senator Ted Cruz, who is preparing with other members to welcome a draft resolution to impose new sanctions, especially on Iran-funded organizations, praised the Trump decision. “Today’s announcement should be followed by additional measures to do exactly that, as well as to hold the IRGC accountable for the full range of its additional malign and sanctionable activities, including ballistic missile proliferation, participating in Iran’s drive for nuclear weapons, the war in Yemen, human rights atrocities, bolstering the murderous Assad regime in Syria, and financing Hezbollah.”

Implementation is expected to take effect on the fifteenth of this month, and the defense ministry said that new measures will be adopted to ensure the security of US forces in the region and the proper implementation of the resolution.

Many American intelligence and military officials, including the chairman of the Joint Chiefs of Staff, General Joseph Dunford, opposed Trump’s action. They argued that it would allow Iranian leaders to justify operations against Americans overseas — especially Special Operations units and paramilitary units working under the CIA.

Additionally, the New York Times reported that “the designation was opposed by some top Trump administration national security officials who said it could incite retaliation by Tehran against American troops and intelligence officers.

Parliament Speaker Ali Larijani denounced the US decision as the “climax of stupidity and ignorance” and President Hassan Rouhani said the force’s popularity would only surge after the US designation. IRGC members would be dearer “than any other time in the hearts of the Iranian nation.”

This is the first time that Washington has called an army of a foreign government a terrorist group. It means that anyone who deals with the IRGC could face prison in the US.