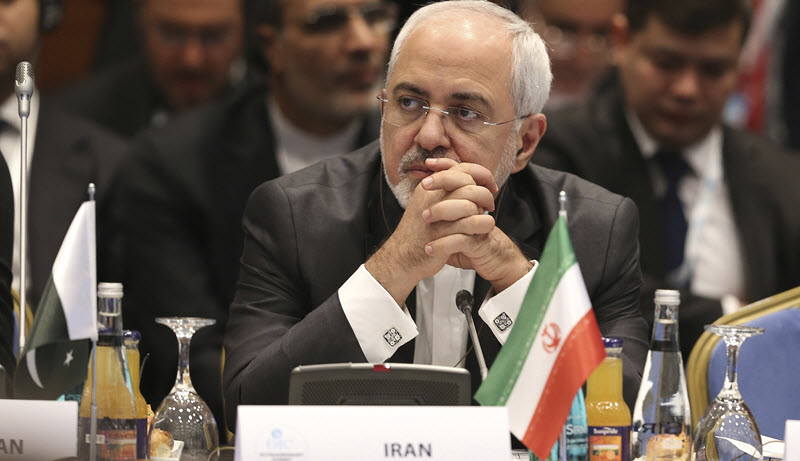 The international community should take the increased threats and malign behaviour coming from the Iranian Regime seriously, but they should also be aware that this aggression is not a sign of strength from the mullahs, instead it’s a sign of weakness.

Over the course of this summer, the Iranian Regime has lost all hope of maintaining the 2015 nuclear accord and the benefits that it reaped from that, so it’s now increasing its attacks on Iranian dissidents in the West.

On August 20, the US Justice Department released a statement about two Iranian men, Ahmadreza Mohammadi-Doostdar and Majid Ghorbani, who were caught spying on Iranian opposition group, the People’s Mojahedin Organization of Iran (PMOI/MEK).

According to the statement, Ghorbani attended a MEK rally in New York City in September 2017, where he photographed individuals taking part in the anti-regime protest and made notes about them. In December, he passed the information onto Doostdar in LA and was paid about $2,000.

Then, in May 2018, Ghorbani attended the MEK-affiliated 2018 Iran Freedom Convention for Human Rights in Washington, DC, where he also took photographs and notes about speakers and attendees. He then spoke with Doostdar about how to send that information to Iran.

Of course, dissidents in the US are not the only ones targeted by the mullahs. The Regime attempted to bomb the big annual rally of the National Council of Resistance of Iran (NCRI) in Paris on June 30, but thankfully the plot was stopped by European authorities before anyone could be hurt.

Iranian diplomat to Austria Assadollah Assadi devised the plot, whilst enjoying diplomatic immunity, and hired an Iranian born Belgian couple to bomb the rally, even handing the explosives off to them. He was arrested on the same day as his hired terrorists and because he was in Germany at the time, he did not have diplomatic immunity.

A US official said that the administration takes Assadi’s arrest“very seriously” and sees it as evidence that Iran is using diplomatic compounds as cover to plot terrorist attacks.

They said: “If Iran can plot bomb attacks in Paris, they can plot attacks anywhere in the world, and we urge all nations to be vigilant about Iran using embassies as diplomatic cover to plot terrorist attacks.”

Reza Shafiee, a member of the Foreign Affairs Committee of the NCRI, wrote: “What has happened just in the summer is alarming for the US and especially the EU governments. It seems that the IRGC and its Quds Force take the role of MEK in leading the protests inside the country very seriously. They have shifted their undivided attention to wake up as many sleeping sells they have in Europe and the US to engage in terrorist attacks on members of the Iranian Resistance.”

A history of terrorism

The Iranian Regime’s terrorist tendencies are very much a part of their core identity and are not recent by any stretch of the imagination. Indeed, it started with the hostage-taking of American diplomats for eighteen months in the late 1970s.
This latest attempted attack wasn’t even the first on European soil.

Kazem Rajavi was gunned down near Geneva by agents of Iran’s Intelligence Ministry in 1990. He was Iran’s first Ambassador to the United Nations in 1979, but had resigned his post in protest of the “repressive policies and terrorist activities of the ruling clerics in Iran”. While, in 1992, four Kurdish-Iranian leaders were assassinated in Berlin by the Iranian Quds Force.