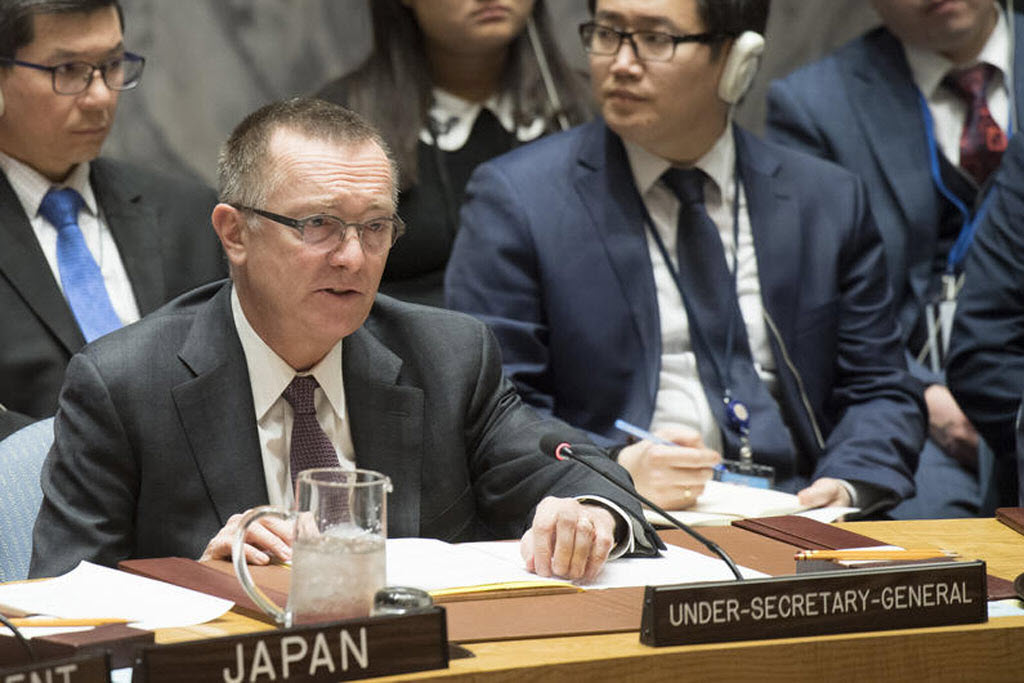 The Saudi-led coalition is reportedly taking back 85% of Yemen from the Houthis. As Tehran faces increasing pressures both at home and abroad, the regime also understands that its involvement in Yemen is coming to an end.

Yet, on Tuesday, following similar ballistic missile launches on Nov. 4th and 30th, the Houthis launched another attack, this time targeting the Royal Palace. Saudi air defense downed the projectile northeast of Riyadh, 850 kilometers from Houthi controlled areas of Yemen.

US President Trump condemned the attack, calling it “enabled by the Iranian Islamic Revolutionary Guard Corps,” in his Wednesday phone call with Saudi King Salman, when according to a White House readout, they “discussed the importance of engaging the United Nations to hold Iran accountable for its repeated violations of international law.”

Recently, in an unprecedented press conference held by U.S. Ambassador to the U.N. Nikki Haley, she displayed remnants of various military equipment, including parts of a ballistic missile, an unmanned aerial vehicle and an anti-tank guided missile, all made in Iran and provided to the Houthis of Yemen. Ambassador Haley described Tuesday’s missile attack by the Houthis as bearing the hallmarks of a weapon provided by Iran.

Also at the UN Security Council meeting, UN political chief Jeffrey Feltman said, “… the two missiles launched at the Saudi cities of Yanbu and Riyadh had similar features which suggested a common origin, and are consistent with missiles of the Scud family and had features known to be consistent with [Iran’s] Qiam-1 missile.” He added, “One of the missiles bore castings similar to that of an Iranian entity on the list maintained pursuant to resolution 2231.”

“In terms of restrictions on arms-related transfers, the Secretariat is confident that close to 900 of the assault rifles seized by the United States in March 2016 are identical to those seized by France also in the same month, which the Secretariat had assessed were of Iranian origin and shipped from Iran.

“The Secretariat is also confident that half of the 200 rocket propelled grenade launchers had characteristics similar to Iranian-produced RPG launchers.

“Further, the Secretariat had received information on an unmanned surface vessel (USV) laden with explosives allegedly used against the Saudi-led coalition and had the opportunity to examine parts of its guidance and detonation systems, which included a computer terminal with a dual English/Farsi keyboard and characteristics similar to those of Iranian-produced terminals.

“The Secretariat was also requested to examine two unmanned aerial vehicles (UAVs), reportedly recovered in Yemen after Implementation Day. One of the UAVs – which Saudi authorities ascertain was similar to that of the Iranian-made Ababil-II – is similar to other drones reportedly seized in Yemen brought to our attention by the United Arab Emirates.”