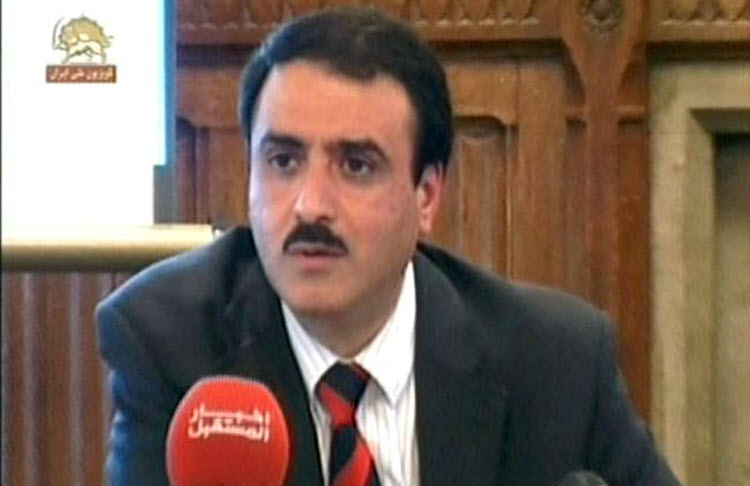 President Trump’s Secretary of Defense, General James Mattis, has declared that Iran is at the centre of the issues in the Middle East. It is one of the major challenges of the new US administration but it is first imperative to fully understand the true nature of the clerical regime ruling the country.

Tehran has exported terrorism and disregards the most basic of human rights at home. It is extremely violent towards opposition whether it is at home or abroad.

Hossein Abedini shares his story about being a victim of the Iranian regime.

He is a member of the National Council of Resistance of Iran (NCRI) – the main Iranian opposition and a coalition of the People’s Mojahedin Organization of Iran (PMOI).

In 1990 he was almost killed by the Iranian regime. On his way to the airport in a taxi, Hossein said the car was suddenly blocked by another vehicle in front, and another one behind.

He said: “In a flash, two strange men from the front car jumped out with automatic weapons. I made a decision in a split second. I opened the car door and rushed at them carrying only a small briefcase. One of the men fired nine bullets; the other man’s gun jammed. I was gravely wounded. The assailants fled. My four-month struggle for survival had just started.”

Hossein spent the next 40 days in a deep coma and was unconscious for three months.

“After the attack I underwent 14 major surgeries, received 154 pints of blood, and lost 80 percent of my liver. In one of the operations, the doctors sought the permission for an operation from my colleagues, notifying them that odds for my survival were one to one hundred.”

Horrifyingly, the target of the attack was not Hossein – it was Mohammad Mohaddessin, the chairman of the foreign affairs committee of the NCRI. This became clear when state television in Iran announced that Mohammad Mohaddessin had died after an attack in Istanbul.

Hossein, with a stroke of luck, survived several more attempts to end his life while he was in hospital in Turkey. The Turkish president was in the hospital visiting his sick mother, so the building was sealed off. This is when it was discovered that Iranian agents were disguised as Turkish police officers. In another attempt to end his life, Iranian agents pretended to be visiting friends, but the arrival of real friends put them off.

Hossein was one of the lucky ones. Many other people died around this time. Kazem Rajavi, a well-known human rights campaigner was killed in Geneva that same year. Then several Kurdish activists died at the hands of Iranian agents in the two years that followed this.

The Iranian regime also had involvement in several terrorist attacks – the 1996 Khobar Towers bombing in Saudi Arabia in which American servicemen were killed and the AIMA bombing in Buenos Aires.

The MEK has been one of the biggest targets of Iranian oppression. In 1988 the Iranian regime killed around 30,000 political prisoners in the space of one summer. However, such a horrific and brutal attempt to destroy the opposition did not work. The MEK is still going strong and benefits from international support.

The Iranian regime’s past and present is shrouded with violence and oppression. It is now up to the US to create policy that will ensure the future of Iran is void of violence. The Iranian regime’s terror needs to stop, and the first step in doing so is to list the IRGC as a terrorist organisation and to heavily sanction those involved in the country’s terrorism.