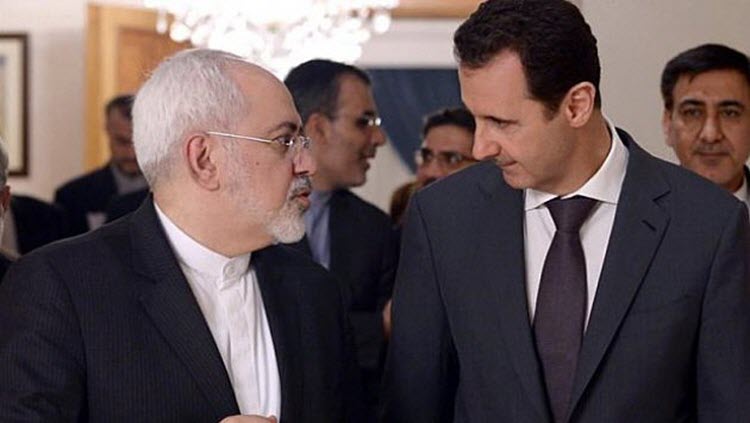 When peaceful demonstrations started in Syria by the people who wanted true democracy, Iran quickly saw an opportunity and stepped in to back Bashar Assad.

Iran places great importance on Syria, considering it Iran’s 35th province because of its strategic significance. The Iranian regime has put tremendous effort into propping the Syrian dictator and has sent its own Revolutionary Guards (IRGC) to fight on the front lines and to keep its reach towards the Mediterranean and the Lebanese Hezbollah.

Hezbollah has gone from being a small, insignificant group to an almighty force that is quickly taking control of the country’s political power. It has acted in ways towards the West where the only response has been appeasement, allowing Iran to advance further in its bloody policies.

Bashar Assad was on the very cusp of being overthrown in June 2011 but Iran stepped in and kept the war going. Iran took more and more control in the war and in August 2013 the Iranian Guards instructed Assad to carry out a chemical attack in a residential area in Damascus. This resulted in the death of over 1,500 civilians – including many children.

While this was happening, Iran and the US were holding talks.

Iran’s involvement is creating tension in the region and nations are calling it out for instigating and fuelling war.

It has now been established that ISIS is the result of the deadly crackdown imposed by Iran’s puppets – Assad and former Iraqi Prime Minister Nouri al-Maliki.

Because of Iran’s policies, Shiite and Sunni communities that used to exist in harmony are now facing lethal face-offs.

Between them, Assad and Maliki released more than 2,500 inmates that went on to form ISIS. It is also suspected that Syria is buying oil from ISIS – providing it with ample funds to continue its spread of terror.

The situation became desperate at the beginning of 2015 for the Syrian dictator and his Iranian and Hezbollah backers because the opposition was making great progress. In desperation, the chief of the IRGC Quds Force, Qassem Suleimani, requested air assistance from Russian President Vladimir Putin.

Despite the resulting operation, the IRGC were still unable to reach their objective and the IRGC commander was killed along with numerous other Iranian military fighters.

Deeply concerned, the IRGC brought even more troops to Syria. The Supreme Leader of Iran even sent some of his regular army to help. There was then a terrible onslaught of violence and many Sunni people were killed.

At the end of 2016, the siege continued. Hundreds of thousands of people were left without water and food, and the horrific war crimes continued.

Pro-Assad forces finally took Aleppo and a ceasefire was declared at the end of December. Thousands of people were permitted to leave the city, but there were still reports of many killings being carried out.

Iranian forces and militias ignored the ceasefire and continued towards its objective of wiping out the Syrian opposition.

Faced with the facts, how can it be justified that the IRGC is not designated as a foreign terrorist organisation? How much more blood needs to be shed before the designation is made?