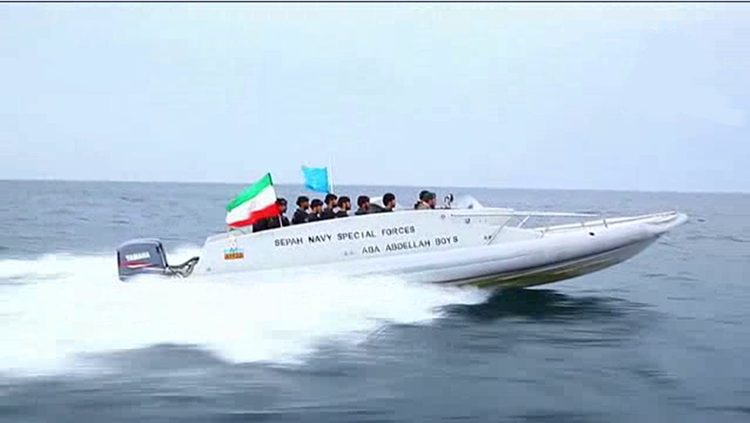 Iran has continued with its pattern of provoking other countries. One such example is when Iranian vessels approached a US Navy vessel at the beginning of the month. Then it did the same thing a few days later. The body responsible for these provocations is Iran’s Revolutionary Guard Corps (IRGC).

Since the sanctions relief, the IRGC has grown emboldened and became further empowered faced with the inaction of the international community.

It carries out these kinds of provocations to show its regional supremacy and to flaunt its military power.

Iranian state media brags about its powerful military which it believes can take control of the Strait of Hormuz where approximately a third of all oil traded by sea must pass. Iran has frequently acted in a hostile manner there, for example by conducting military exercises to intimidate. It has also threatened to shut the strait down.

The United States has tried to avoid any confrontations with Iran’s intentional goading as it could cause regional confrontations. Jeff Davis, a spokesman for the Pentagon, explained that Iran’s “unsafe or unprofessional behavior” is “concerning because it can result in a miscalculation or an accidental provocation that we don’t want”.

Iran is trying to give the impression that international action, and the sanctions imposed by the Trump administration, will not force the country into abandoning its regional ambitions. Iran views the harsh rhetoric from the international community as nothing but talk.

Navy Commander Habibollah Sayyari was questioned about what Iran’s response would be to international action against Iran and he said that officials abroad “talk a lot”.

And these measures need to be taken immediately.