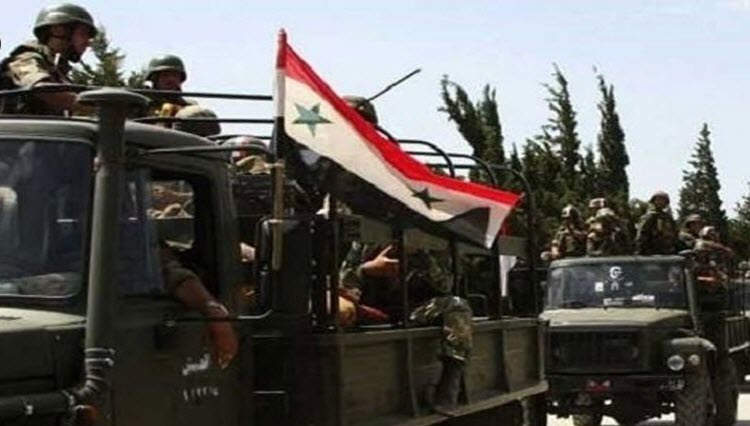 Iran has been involved in the Syria civil war since it started. Its militias have backed and propped up Syrian dictator Bashar al Assad to no end and at the minute their combined forces are subduing towns and cities from Eastern Aleppo to southern ar-Raqqah. Russian battleships in the Mediterranean, as well as jets, are working to subjugate them with shells.

The brave Syrian opposition is battling away through tough circumstances even after it was assailed by Iran and its foreign militias. The opposition has been unable to receive much needed aid and supplies because the Jordanian and Turkish passages have remained closed.

The US vowed to confront Moscow’s camp in Syria but that seems to have been forgotten about. It also appears that other world leaders are not making the best of decisions with regards to Syria. Some are even failing to act in the first place. The Syrian opposition also lacks the help it needs from the UN Special Envoy.

Iran hijacked the cause of the Syrian people and turned it into a fight against international terrorism. However, it did not weigh up the consequences of its actions before getting involved. Most of the parties fighting in Syria have no links to extremism or terrorism. Their mere presence and the media coverage given to them was enough to distract from the real cause.

However, no matter what the situation has been in Syria and no matter what dire conditions the opposition has been forced to endure, the Syrian regime’s forces and Iran’s militias from all across the region have still not been able to subjugate most of the country. Furthermore, they cannot even guarantee the safety and security of areas that they have already seized.

Iran is more interested in gaining control over strategic areas – it does not care about how many areas the Syrian regime controls. One such area is southern ar-Raqqah which is rich in oil. Iran also has foreign militias in place to protect the famous land bridge that is strategically essential to Iran’s plans for regional dominance.

The land bridge will essentially be a pathway from Iran’s capital right to the Mediterranean. It would give Iran the opportunity to easily transport military personnel and supplies the whole way across the region.

This is clearly a situation that needs to be avoided so the international community needs to intervene before the Iranian regime advances even further.