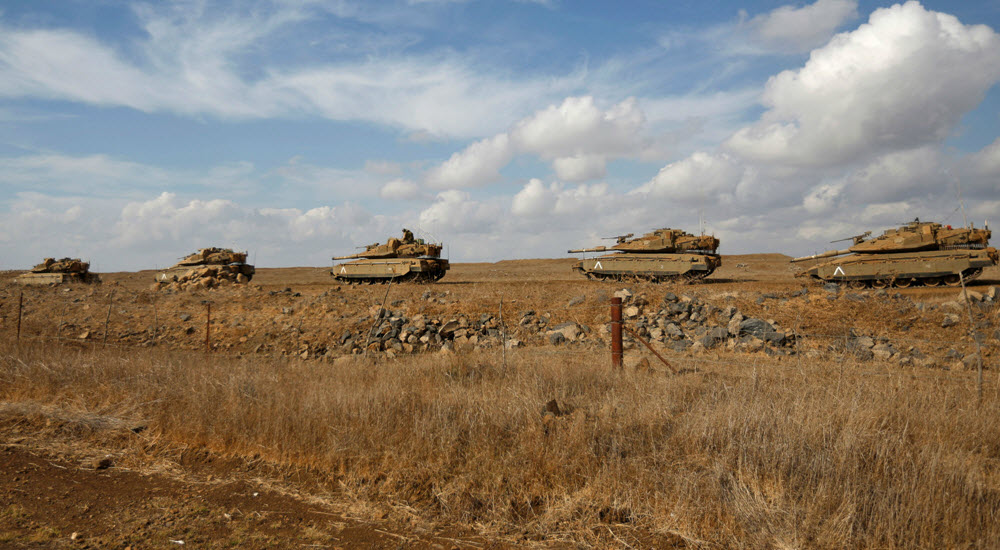 The initial fighting against the Islamic State in Iraq fell on the Iraqi army along with several Shiite militias. They fought a long battle to defeat IS. Iranian regime tried to exploit the situation and its advisers were embedded in the Iraqi army, and in direct control of the militias. The United States also had advisers and troops there, but Iranian regime had more influence with the predominantly Shiite army.

As defeat of IS was necessary, the U.S. accepted this state of affairs, and relied on airstrikes.

IS was defeated in the end, but according to an article in Geopolitical Futures by George Friedman, “Iran was left in control of at least a significant portion of the military force in Iraq. Given Iran’s influence and presence around Basra in southern Iraq, the Iranians are in a powerful position inside Iraq, with no major forces in position to contain them. And they are free to send more forces into Iraq if they wish.”

In Syria, Iran, along with Russia, prevented the collapse of the Assad government. Reportedly, Lebanon’s Hezbollah has been deeply involved in Syria, with Iranian officers deployed within it, and Iranian forces support Assad’s Syrian army. Russia has said it plans to reduce its presence in Syria, leaving the Iranians to deepen a relationship that existed even before the civil war broke out.

Yemen borders Saudi Arabia to the south, and the Iranians are accused of supporting the Shiite Houthi rebels. As the Houthis grew stronger Saudi Arabia, the United Arab Emirates, and others launched airstrikes against them. Early this month, a missile was fired from Yemen toward Riyadh. The missile was alleged to be Iranian-made.

Saudi Arabia is Iran’s greatest rival in the region. Their relationship has been hostile since the Iranian revolution. The domination of oil resources by the Saudis was a threat to Iran because it bought military power. Additionally, the kingdom enjoyed U.S. guarantees intended to assure the flow of oil supplies from the Persian Gulf. This gave the Saudis an invulnerability that their own military force couldn’t provide.

Recently, the Saudis have reached out to the Israelis. Israel can provide military hardware, but Israel may be facing its own threat from Iran. Friedman writes, “Simply put, Israel can’t promise Saudi Arabia much more than materiel, no matter what the Saudis offer in return, and materiel is the one thing the Saudis have in abundance already.”

Still, Turkey poses a great threat to Iran’s interests. Turkey has been able to focus on domestic affairs, and has not ventured deeply into Syria or Iraq. Now, however, Turkey must decide whether it can live with Iran as the major regional power, or it must assert its own claims on the region.

By geography and inherent military capability, Turkey can block Iran if it chooses, but t is currently working with Iran on Kurdish issues. According to Friedman, “Eventually, Turkey will have to choose between the Kurdish issue and the broad strategic issue. Part of that will be determined by the U.S. position on various Kurdish factions and the U.S. vision for dealing with Iran.”

With a substantial force, the U.S. can contain Iran. American guarantees to Saudi Arabia and Israel are still in place. Israel has no need for direct U.S. involvement at this time.

Iran still has a long way to go to assert significant power. The United States and a coalition of Saudi Arabia, Israel and Turkey can together manage the problem.

“The Middle East has a new and radically different shape,” Friedman concludes, “…the Iranian surge must be placed in context. It has changed the dynamic of the Middle East, but it remains vulnerable.”