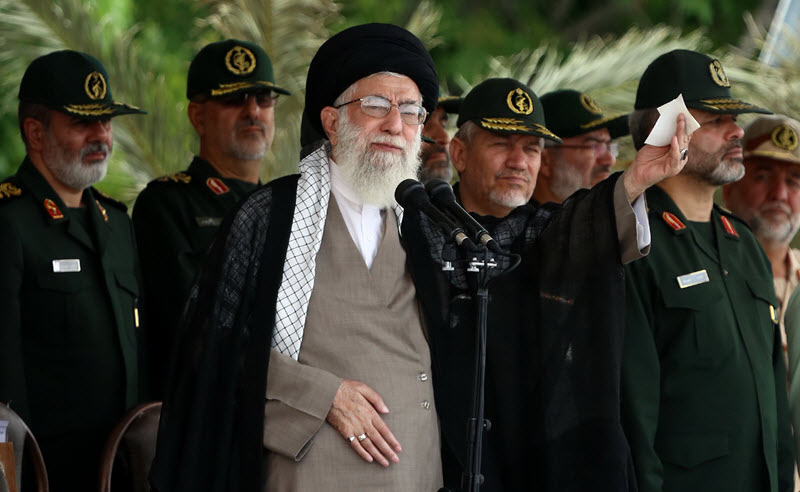 Policies and comments by the senior cadre of the Islamic Revolutionary Guard Corps (IRGC), as well as the Supreme Leader Ali Khamenei, show no indication that the regime will abandon its hegemonic ambitions in the Middle East.

“The Iranian regime continues to ratchet up its interventions in several countries in the region, including Iraq, Syria, Lebanon and Yemen,” says Dr. Majid Rafizadeh, the Harvard-educated Iranian-American political scientist and president of the International American Council. He adds, “The heightened interventions are carried out through various strategies, ranging from dispatching troops to illicitly transferring arms and missiles to militias, shipping advanced weaponry to its proxies — such as Hezbollah and the Houthis — that can turn unguided rockets into precision-guided missiles, and influencing elections through corruption and the use of money.”

An informed approach aimed at halting Iran’s regional ambitions should not pursue appeasement policies toward Iran’s leadership, as this is counterproductive.

Pressuring key sectors in the theocratic establishment is more effective, like economic sanctions that are precise and targeted. “This includes squeezing the regime’s main revenue from oil exports, as well as detecting the front and shell companies Iran uses to carry out its illicit financial activities,” according to Dr. Rafizadeh.

Tehran will be unable to fund its militia and terror groups in the region, if the flow of money to the regime is interrupted. Iran is spending billions of dollars on the IRGC and its elite branch, the Quds Force, and the renewed US sanctions have already forced Iran’s leaders to cut funding to some Syrian militia groups.

Dr. Rafizadeh also points out, “It is also important to point out that, when the regime’s economy is fragile and on the verge of collapsing, the Iranian people will be empowered to rise up against the theocratic establishment. As the world has witnessed, since US President Donald Trump withdrew from the nuclear agreement and reimposed sanctions that were waived under the JCPOA, widespread protests and demonstrations have increased. But Tehran will not feel the full effects of economic pressures as long as the US is acting by itself. That will not happen until other world powers, particularly the European countries, join Washington. The ruling mullahs would also be significantly pressured if a coalition of regional powers cut some of their major economic ties with Tehran. This would negatively affect Tehran’s legitimacy and put pressure on the European powers to halt their business dealings with Iran.”

Additionally, individuals and institutions that are engaged in supporting terror groups should be targeted. Tehran’s nuclear and ballistic missile programs, and its crimes against humanity abroad should have heavy consequences.

The International Criminal Court, the UN, Amnesty International and other human rights organizations can hold the Iranian regime responsible and accountable. Using these resources would draw more attention to human rights abuses in Iran.

Diplomatic relationships with the Iranian regime should be halted, or at least, limited. This will limit the danger of Tehran gaining legitimacy by maintaining diplomatic ties with world powers, and also the regime’s use of its embassies and consulates to carry out espionage for the IRGC and the Ministry of Intelligence.

Iran’s destructive and destabilizing behavior is best dealt with by supporting the Iranian people and their resistance movement against the regime.