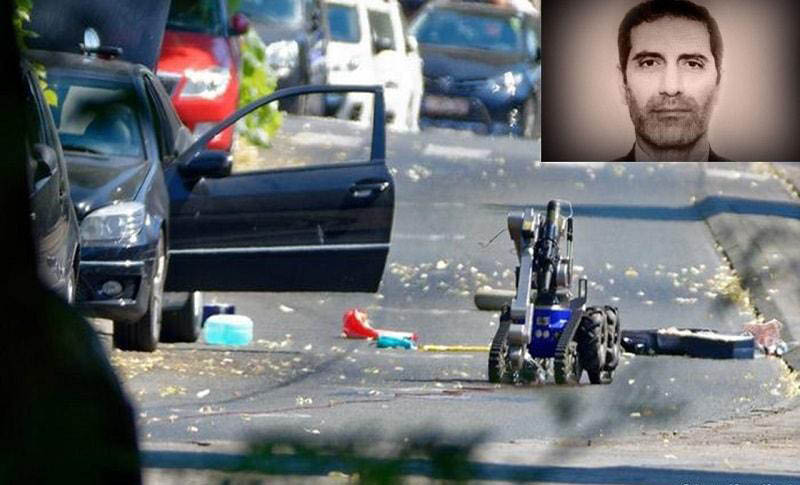 The Iranian regime is afraid of the trial of its Vienna-based diplomat, Assadollah Assadi, arrested by German police in June 2018 in connection with a terrorist plot against the “Free Iran Gathering,” the annual meeting of the Iranian Opposition (PMOI/MEK) in Paris, the Saudi daily Alwatan reported on August 30, 2019. Assadi’s past and record as head of the Ministry of Intelligence Service of Iran in Europe and Iraq and various terrorist activities, revealed the Iranian Resistance sources, make his case especially sensitive.

The sources revealed that regarding Assadi, the mullahs’ regime has carried out several conspiracies to prevent his trial and secure his release before any hearing, as the mullahs fear that if he goes to court, he would take on a different dimension and expose the terrorist acts of the regime.

The British website Independent quoted a senior official saying in February 2019 that European security officials have said that the Iranian regime’s diplomat not only participated in last year’s terrorist plot to blow up an opposition rally outside Paris, but he also made coordinations with his colleagues in Tehran.

In August 2018, in a conference in Brussels, Mohammad Mohaddessin, the Chair of the Foreign Affairs Committee of the National Council of Resistance of Iran (NCRI), said that Assadollah Assadi, the third consul at the Iranian regime’s embassy in Vienna, is a foreign agent working for the MOIS – the Iranian regime’s Intelligence Ministry. Mohaddessin explained that the Iranian Resistance has discovered that Assadi was the MOIS’ most important agent in Europe and is very experienced with explosives, demolitions, reconnaissance and intelligence gathering. The regime is planning to send him to Austria where we can then be sent back to Iran, said Mr. Mohaddessin. 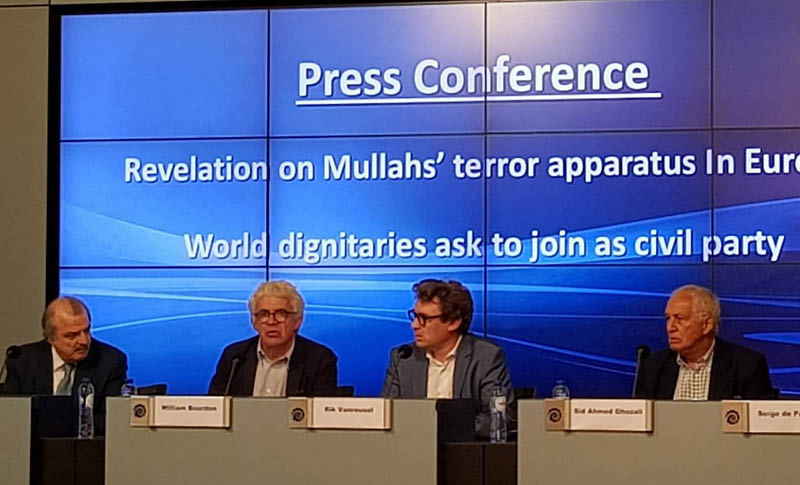 The Federal Office for the Protection of the Constitution of Germany (Bundesmat fur Verfassungsschutz, BfV) released the 2018 report on June 27, 2019 by the Federal Minister of the Interior, Horst Seehofer, and Thomas Haldenwang, head of the organization that examines the activities of the intelligence services of the Iranian regime in Germany. Referring to the role of the Iranian regime’s secret service in the “bombing plot against the annual gathering of the PMOI in June 2018 in Villepinte near Paris,” the report warns against intensifying the plots against the Iranian opposition.

The report of the Federal Office for the Protection of the Constitution (BfV) clearly indicates the policy of exporting terrorism and espionage by Iran.
On October 2, 2018, the French government froze the assets of Asadi and Saeid Hashemi Moghadam, Director of the MOIS in France.
Earlier, the Iranian Resistance emphasized that that Iran’s embassies, which are centers of espionage and terrorism, must be shut down and the diplomats of Tehran’s regime expelled.

European nations expelled five Iranian diplomats for their suspected roles in planned attacks in France and Albania, the report states. In Albania, two Iranian intelligence agents were arrested and Iran’s ambassador was expelled, due to his suspected connection with a plot to bomb a Nowruz celebration in Tirana.

On Saturday, June 15, 2019, thousands of Iranians gathered in a large rally in Brussels, demanding the European Union to place comprehensive sanctions on the religious dictatorship ruling Iran, and to proscribe the IRGC and the MOIS as terrorist entities. 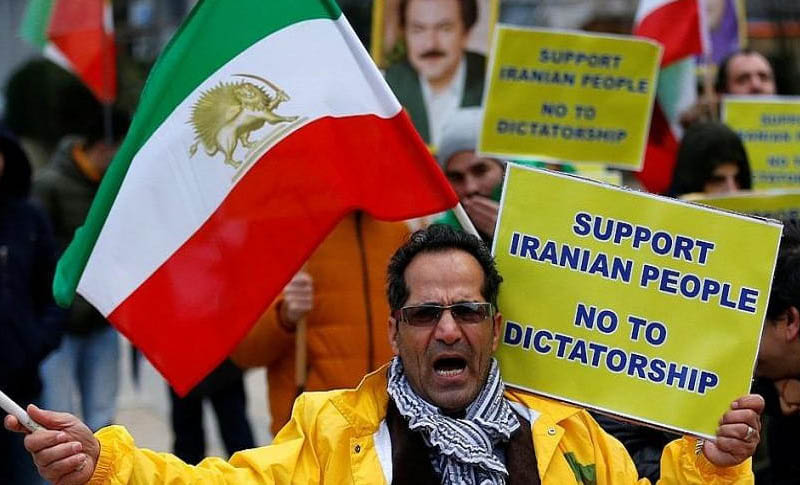 The “Free Iran Rally” of the MEK was held on Saturday, June 30, 2018, and was attended by hundreds of political dignitaries including Rudy Giulliani, Newt Gingrich, Stephen Harper, the former Prime Minister of Canada, and Bill Richardson, Former Energy Secretary in the Clinton administration and Presidential candidate, and European politicians such as Bernard Kouchner, Former French foreign minister, and Michele Alliot Marie, former French minister of Interior and Defense, and several French parliament members and mayors.

This is not only an Iranian matter but also a European and a global matter, a matter of world peace and security. Iran’s policy since the 1979 revolution was based on domestic repression and export of terrorism through the IRGC and MOIS. As the Iranian regime runs out of time and options with its nuclear dossier and internal crises, its need to suppress the opposition is vital. The trial of Assadi is very dangerous for the regime, and the mullahs will do everything within their power to prevent it.