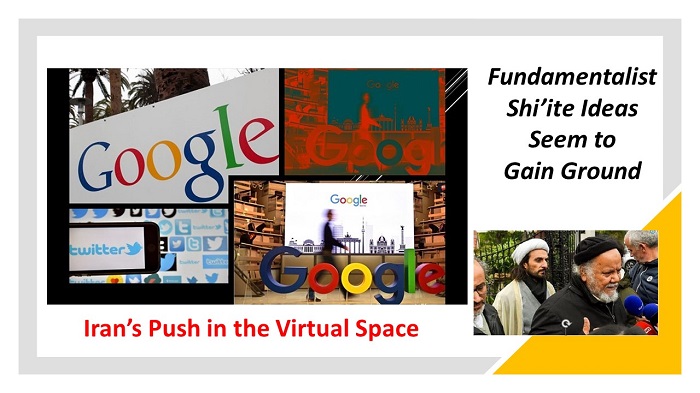 The latest TAG Bulletin covers influence operations takedowns that have taken place in the second quarter of this year, between April and June 2020, according to ZDNet.

Google said it tracked ten influence operations in Q2 2020, with some also taking place and being exposed by Twitter and Facebook as well. In April, this included 16 YouTube channels, one advertising account, and one AdSense account linked to the Iranian state-sponsored International Union of Virtual Media (IUVM) network. The network posted content in Arabic related to the U.S.’s response to COVID-19 and the U.S.’s relationship with Iran.

In the same month, 3 YouTube channels linked to Iran that posted content in Bosnian and Arabic,  critical of the U.S. and the Mojahedin-e-Khalq (MEK) organization, widely seen as Iran’s most important opposition movement.

The measure undertaken by Google mentions just one aspect of what Iran is achieving in the virtual space.

The International Institute for Counter-terrorism (ICT), which works with other digital technologies’ entities studying social networks influencing the world, says that Iran’s network has a scope “far more global than previously known.”

A report published by the Jerusalem Post reveals that Iran’s network has expanded significantly in the past decade, far beyond the usual suspects of proxies associated with Iran.

At that time, there was a concerted effort to raise support for pushing the U.S. out of Iraq. The Iraqi parliament (under heavy influence by Iran) passed a bill asking for the departure of U.S. troops from Iraq. Still, support was needed in social media to enhance the highly symbolic act as a genuine one.

Jerusalem Post says there are both operational and soft sides to actions undertaken by the ITN. By the latter, more general identification with Shi’ite economic, religious, sociological, and cultural beliefs is meant.

Iran has, for long, created and supported Shi’ite centers in western Europe. One relevant entity known as Al-Zahra Center in northern France is a significant example. French authorities closed down the center in 2019. It was headed by a controversial figure called Yahya Gouasmi (French nationality, Algerian origin). He is the leader of a party against “Zionism” and president of the “French Shi’ite alliance.” He is an active Shi’ite and has extensive relationships with Iranian officials.

The French authorities monitored suspicious activities at the center with instructions from Tehran. The French newspaper Le Monde reported that the security authorities launched a campaign to inspect the center of Zahra to find out the relationship with the mullahs’ regime and its involvement in the Shi’ite activity in the country.

A report by the Iranian opposition reported that the Al-Zahra Center is providing a cover for the mullahs’ intelligence movements by targeting opponents and carrying out acts of terrorism in France and Europe.

At least another such association directly linked to the Hezbollah continued to act in Montreuil in the northern suburb of Paris. The objective of such associations is to promote Iranian Shi’ite ideology using a light tone to bring new initiates who might later be radicalized through further training, including courses in the Iranian holy city of Qom’s seminaries.

But the new factor mentioned in the ICT study is that the ITN seems to be gaining influence over Sunnis and Asian, African, and European Muslims.

If proved right, this shows that the social media is replacing the older method of fomenting local activity through Shi’ite associations, mosques, cultural centers linked to Iranian embassies and thus prone to surveillance by local authorities.

Local “cultural centers” proved to be too exposed to be influential. One of the latest examples is the Saadi cultural center in Albania. The center was initiated in 1994 to promote “Iranian culture” and Shi’ite religious viewpoints eying the local Muslim population. It was closed in January following failed Iranian embassy’s plans to target Iranian opposition members relocated to Albania in 2016 from Iraq.

Three thousand members of the Mojahedin-e-Khalq (MEK) organization settled in Albania following their departure from Iraq, where they had been staying since the 1980s. A failed assassination plan to bomb their Nowrouz new year festivities in March 2018 by agents of the Iranian regime brought Albania to expel the Iranian ambassador and another diplomat in late fall of 2018, followed by the closing down of the “cultural” center Saadi the next year.