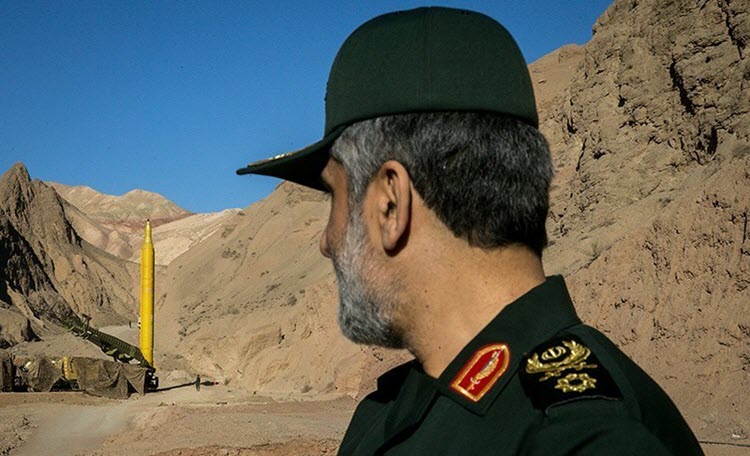 The Iranian regime continues to carry out ballistic missile tests in defiance of resolutions by the U.N. Security Council and the agreements reached between Iran and six world powers last summer.

The last three tests happened in early March and were boasted about by Supreme Leader Ali Khamenei, the ultimate authority in all matters of Iran’s foreign and domestic policy.

Khamenei declared, “Those who say the future is in negotiations, not in missiles, are either ignorant or traitors.”

Ali Safavi, a member of the foreign affairs committee of the National Council of Resistance of Iran (NCRI), said that this underscores the threat posed by Iran, as these tests allow Iran to develop the ability to send nuclear missiles thousands of miles away

This notion is dismissed by both Khamenei and Iran’s foreign minister, Mohammad Javad Zarif, who state that they are only using the weapons for defence.

However, the commander of the Iranian Revolutionary Guard Corps warned, “Our missiles that have become more precise and more destructive [and they] will be multiplied more than before.”

Safavi also notes that “Zarif neglected to mention that the phrase ‘Israel must be wiped out’ was scrawled on the most recently tested missiles.”

Still the West proclaims that this is a moderate regime. Moderates who deceive nuclear inspectors, meddle in the affairs of other countries and support terrorist activity.

Safavi said: “If these are the moderates, we’re in deep trouble.”

Army Gen. Lloyd Austin, the outgoing commander of U.S. Central Command, spoke before Congress on March 9, and declared: “Since the nuclear deal, Iran has not yet changed its acts in the region … Iran is the biggest factor of instability in the region.”

In Iraq, they sponsor violent sectarian militias, in Syria they prop up Assad’s regime and in Yemen, Iran instigated a rebellion causing chaos and bloodshed.

Regarding the Iranian involvement in the Syrian Civil War, senior officials in Tehran make clear that their support is to the Syrian dictator, Bashar al-Assad.

Mohammad Ali Jafari, the commander of the Revolutionary Guards, said: “We will continue to support the survival of the Syrian government.”

While Ali Akbar Velayati, a confidant of Khamenei, said: “The removal of Assad is a red line for us.”

Domestically, Iran’s abuse is, is possible crueler. They hang opponents from cranes, imprison, and torture minorities; in 2015, Amnesty International estimates that nearly 1,000 political opponents were murdered by the state.

Safavi urged the US and its European allies to end their appeasement of the Iranian regime He said that the West need not use direct military action against Iran but they must act, rather than just speak.

He cited the strong opposition forces, like the NCRI and its leader Maryam Rajavi who envisage a transparent and modern democracy within Iran.

The Iranian public wants a government that is secular, nuclear-free and respectful of human rights.

Safavi said: “Those who advocate genuine change in Iran — and have not been killed for it — must live either under constant threat of violence or in exile. Every summer, more than 100,000 exiled Iranian political activists assemble near Paris to demonstrate that this has not stopped the Iranian people and opposition groups from pursuing an end to Iran’s religious dictatorship. “

He finished by urging America’s next president to confront Iranian regime’s malicious ambitions.