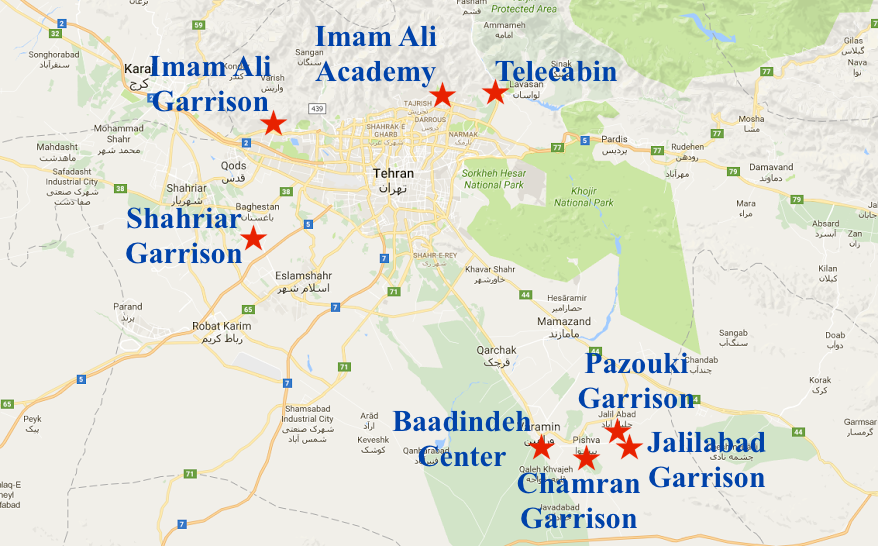 The Iranian Regime and its core terror squad, the Iranian Revolutionary Guards Corps (IRGC), have at least 14 terrorist training camps across Iran, with eight in the capital, Tehran.

This shocking news was revealed exclusively in a report by the National Council of Resistance of Iran, an umbrella group for all democratic forces that want regime change in Iran.

Every month, hundreds from Iraq, Syria, Yemen, Afghanistan and Lebanon (countries where Iran is involved in frontline combat) are trained up in Iran before being dispatched to spread terror, according to information gathered by People’s Mojahedin Organization of Iran (PMOI/MEK), a group dedicated to the democratic overthrow of the Iranian Regime.

Counties where Iran is not directly involved in warfare, are not safe from these terror training camps either; in Gulf nations like Bahrain and Kuwait, terror cells are trained instead.

Within the Regime’s terror training programme, there are two types of training; primary and full.

The primary training lasts about 45 days and trains terrorists in the military actions of the Basij force, a more brutal arm of the IRGC.

The full training, which takes between 9 and 12 months, is specialised for those who are hired by the Iranian Quds Force, a thug militia under the control of the IRGC.

Depending on their ultimate terror goals, the students may learn how to operate heavy weaponry, how to launch missiles or receive marine, commando, paratrooper or security training.

While many graduates of the terror programme end up in the Gulf Region, a fair number are shipped to Asia, Africa and South America, as secretive terror cells.

The IRGC (and, by extension, the Iranian Regime) has been exporting terror for decades.

They train and arm terrorist groups like Hezbollah who are active as close as Iraq or Lebanon and as far away as Argentina. However, the IRGC does not just concern itself with terrorism aboard but spend a fair amount on domestic repression as well.

Within Iran, the IRGC has four tasks:

Now, that this information is out in the open, the Iranian Regime may attempt to distance themselves from the terror training camps, but make no mistake; this operation had the full blessing of Iran’s Supreme Leader Ali Khamenei.

IRGC Brigadier General Khosrow Orouj is quoted in the report, as saying that Khamenei applauded the camps.