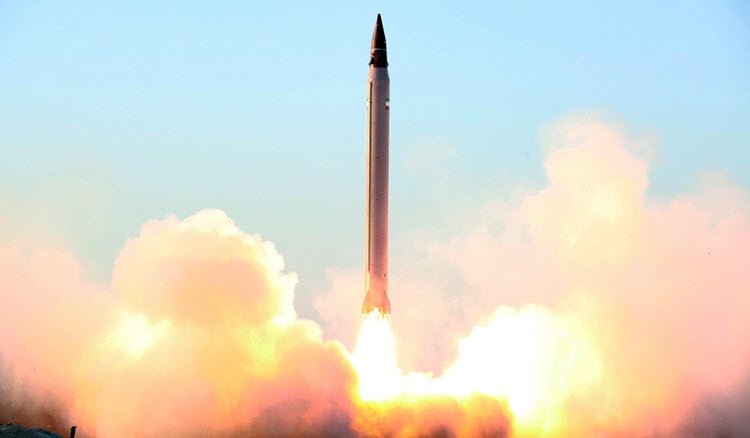 Tasnim, the Quds Force news agency, reported on 12 November 2016 that Major General Hassan Firouzabadi claimed Khamenei approved the launch of missiles. The top advisor to Khamenei and former chief of staff to the regime said: “His excellency (Khamenei) approved launching missile ‘Emad’. No rockets are fired in this country unless having been approved by the Commander in Chief. Even for launching missiles in military drills, permission from the leader of revolution (Khamenei) is needed… he even determines the launching time and decides when it should be fired.”

The National Council of Resistance of Iran (NCRI) say that the missile named “Emad” was launched on 11th October last year and is capable of carrying nuclear warhead. The NCRI point out that the launch of the missile is a clear violation of UN Security Council Resolution 2231 that was ratified on 20th July 2015.

According to the resolution Iran must not “undertake any activity related to ballistic missiles designed to be capable of delivering nuclear weapons, including launches using such ballistic missile technology”.

A ballistic missile named ‘Ghadr’ was launched by the mullahs’ regime around Chah-Bahar on 21st November 2015. On 8th March 2016 missiles, named ‘Ghadr-F’ and ‘Ghadr-H’ were fired. They had ranges of 2,000 km and 1,700 km respectively. The NCRI say that the Emad and Ghadr missiles are from the Shahab-3 missile family. They are copies of North Korean Nodong 1 missiles and have the capability of carrying nuclear warhead.

In November 2011, a report by the International Atomic Energy Agency indicated that the Iranian regime was in the process of setting up military-nuclear activities with the goal of mounting nuclear warhead on a Shahab-3 missile.

The NCRI said: “Thus, the mullahs’ regime has violated this resolution four times during the 16 months since its adoption, and the regime’s top military officials have admitted that these missiles were launched upon Khamenei’s direct orders who also specified the firing time.”

They added: “Moreover, by sending missiles to Syria and making missile-production factory in that country, the regime has continuously violated the resolution. Major General Mohammad Bagheri, chief of armed forces general staff, said on November 11, “Syria reached a point where Iran created for it missile production industry and missiles in Aleppo in recent years.” Four days later, Brigadier Amir Ali Hajizadeh, commander of the IRGC Aerospace Force, announced that the IRGC missile production factories in Aleppo had been entirely destroyed in the course of the war.”

The mullahs’ regime, through anti-human behaviour, warmongering and crisis-making is endangering peace and tranquillity, not just in the Middle East, but all over the world. The inaction and silence by the international community is serving to embolden the regime.