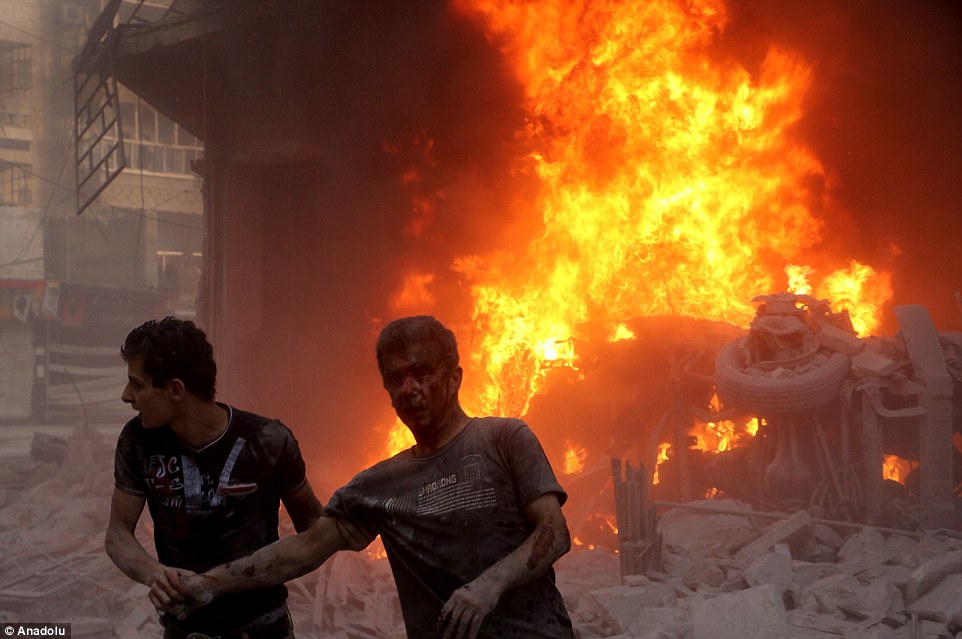 Iran is fighting a secret war in Syria which has cost up to $100 billion according to MailOnline.

Their sources, from within Iran’s Revolutionary Guards Corps, have revealed that 60,000 fighters in the Syrian civil war are under Iranian control and that Iran has a top-secret headquarters near to Damascus airport which is nicknamed ‘The Glasshouse’.

Intelligence experts have assessed that these claims are credible and indicate that the West underestimated Iran’s influence during last year’s nuclear deal negotiations.

Kamal Alam, a research analyst at the Royal United Services Institute (RUSI), said: “I go quite regularly to Syria and visit the battlefields, and I’ve seen how the Iranians try to keep their operations as secret as possible.”

“Their troops tend to speak Arabic rather than Farsi in public, and generally, don’t wear Iranian uniforms. This makes it very hard for observers to know how many are in the country.”

The National Council of Resistance of Iran (NCRI) affirmed that the barbaric regime’s Supreme Leader Ali Khamenei has spent billions propping up the equally deplorable regime of Bashar al-Assad.

Iran – alongside Russia- is able to fund this war thanks in part to the lifting of economic sanctions in 2015.

Dr Aniseh Bassiri Tabrizi, an Iran specialist at RUSI, said: “[This information] amplifies our view that because of the heavy political, financial and military investment in Syria, Iran is unlikely to withdraw its presence on the ground without a major shift in the power balance.”

The Glasshouse contains the Revolutionary Guards’ intelligence unit, a private clinic to treat only the most senior military personnel and the propaganda, counterintelligence, and logistics departments.

There is also believed to be a secret treasury holding millions of dollars.

A Foreign Office spokeswoman said: “Iran’s role in fostering instability in the Middle East, including ongoing support for proxy groups and the Assad regime, and the activities of the Quds force, remains a source of serious concern.”

Michael Burleigh, a historian, said that the majority of the fighters are “Shia irregulars, mainly from Afghanistan and Pakistan”.

“The Afghans are refugees who have been offered accelerated naturalisation for fighting in Syria. The Pakistanis are all also Shia. Together these forces provide what remains of President Assad’s highly mechanised army with light infantry capabilities essential to intense urban warfare against predominantly Sunni jihadist rebels.”

According to Rusi’s Iran specialist Dr Tabrizi, the Iranian presence could escalate the conflict around the middle east.

Dr Tabrizi said: “The Gulf countries are already scared about Iranian power projection in the region. This may hasten [the Gulf states’] support for rebel groups, or even lead them to think about the deployment of ground troops to Syria.”