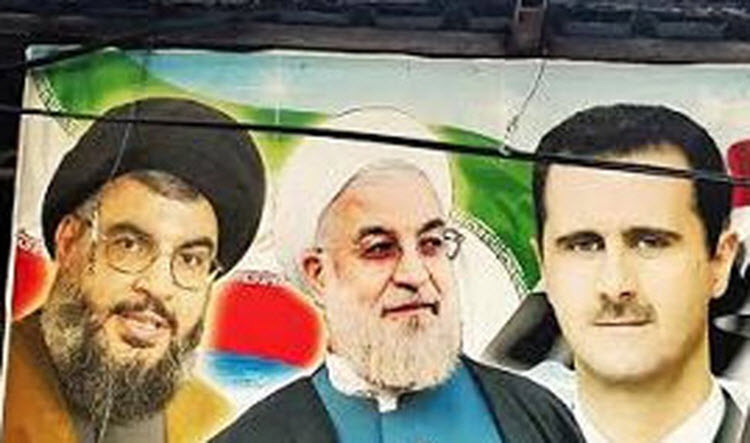 Although a ceasefire agreement was made in Syria, Iran is continuing to wreak havoc there, disregarding all hopes for peace. Despite the period of several weeks between November last year and 20th January this month where the White House is getting prepared for the new president great efforts were made to create a ceasefire that would last.

However, this was not respected by Iran. The Syrian opposition has directly engaged Russia and Turkey and this new alliance has resulted in action against ISIS. Turkish officials reported that its own artillery and warplanes have killed 22 terrorists and that Russian planes have hit a Daesh-controlled town.

The Syrian opposition has the support of most of its neighbours with them being of the belief that Assad needs to be evicted in order for a political solution to be reached.

However, Iran is standing in the way of this by interrupting the process. The Iranian regime wants to wipe out the Syrian opposition to keep Assad in power.

The Lebanese Hezbollah is the principal proxy group that the Iranian regime uses in Syria to fight for the Assad regime. It too is rejecting the ceasefire mediated by Turkey and Russia. Hezbollah are said to be extremely unhappy with Turkey’s demand for all foreign fighters to leave Syria. Russia is siding with Turkey showing that it too wants a diplomatic solution.

The Iranian regime does not want a diplomatic solution. It is now in a desperate situation because dissent is increasing in Iran, and now it is losing its power in Syria too, showing even more weakness of the regime.

Iranians have taken to the streets in protest against Iran’s involvement in Syria and call on it to leave. The Iranian people want the billions of dollars to be kept inside the country instead of being plundered on terrorist activities abroad. The Iranian people have also voiced their support for the innocent civilians in Syria.

Iran needs to leave Syria immediately so that tranquillity can return to the region. The IRGC carry out horrific terrorist activities and need to be designated as a terrorist organisation.

But most importantly, the international community needs to act now. It needs to call for the eviction of all of the Iranian regime’s forces and proxies from Syria.