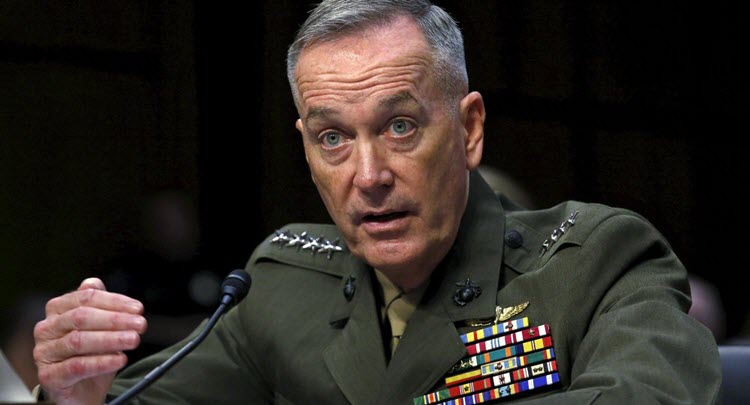 The Chairman of the Joint Chiefs of Staff, General Joseph Dunford, said that the hostile and aggressive behaviour of Iran has not changed since the United States put the country “on notice” at the beginning of the month.

Iran conducted its first test-firing of a ballistic missile since President Trump took office at the end of January. The President and his (now former) national security adviser Michael Flynn said a few days later that Iran was “on notice”. Another reason they stated for putting Iran on notice was its support for terrorist groups – Houthi rebels in Yemen, for example.

On top of that, the Trump administration applied further sanctions to 25 individuals and entities that supply materials for Iran’s missile programme and support the Islamic Revolutionary Guard Corps (IRGC).

The top US general said to a crowd at the Brookings Institution: “No, I haven’t detected a change in Iranian behaviour.”

Speaking about the aggressive behaviour of Iran across the entire Middle East, Dunford said: “From my perspective, the major export of Iran is actually malign influence across the region.”

He added: “You’ve got a very aggressive proxy war; we’ve seen that in Yemen. We see their influence in Syria. We see their malign influence in Lebanon, as well as in Iraq and the rest of the region. So, I haven’t seen a change, certainly in the past month.”

By placing Iran “on notice”, some experts believed that the White House was warning Iran that this was a red line and if it is crossed, the Trump administration will react.

There have been many discussions in the press about whether the IRGC should be designated as a foreign terrorist organisation. When asked about his thoughts on the issue, Dunford said: “I’ll leave that to others. My domain is the military dimension, so what we have made sure is that in the United States Central Command that has the responsibility for Iran, our military posture is there to make sure we have freedom of navigation through the Strait of Hormuz and that we deter conflict and crisis in the region and we advance our interests, to include our interests in dealing with violent extremism of all forms.”