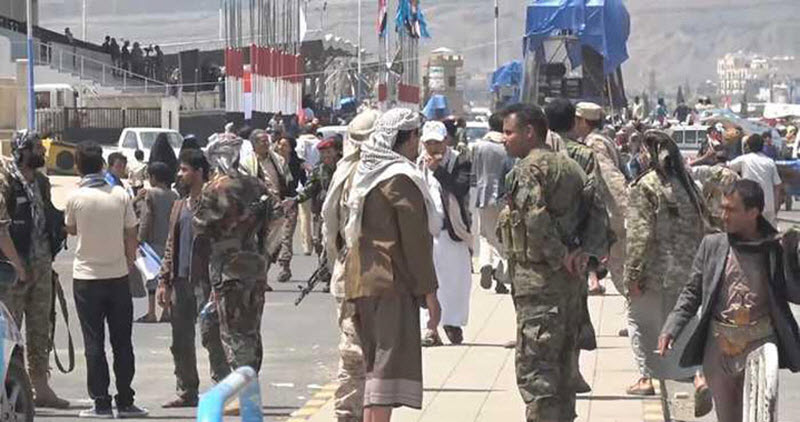 Tribal insurgents in Yemen launched a ballistic missile to the outskirts of Riyadh at the beginning of the month. The warhead exploded near the capital’s international airport and thankfully there were no casualties. However, UN investigators looking at the debris have been able to look into claims that the Houthis in Yemen are using missiles provided by Iran.

They were able to examine fragments and determine that Iranian hardware was involved.

The United States has maintained that the Houthis are heavily backed by Iran and President Trump is keen to lessen the US’ diplomatic isolation. His administration is directing international attention to Iran’s extensive support of militias and proxy groups.

The White House press secretary said in a statement last week that Iran’s Islamic Revolutionary Guard Corps (IRGC) is “arming, advising, and enabling the Houthis’ violent actions, which accelerate the cycle of violence and human suffering, obstruct the flow of humanitarian aid, and disrupt efforts toward a political resolution”.

Furthermore, the US ambassador to the United Nations Nikki Haley has called on the US spy agencies and the Pentagon to declassify intelligence regarding the recent missile attack.

The US is keen to get the backing of UN officials and it would like the agency’s Secretary-General António Guterres to present a strong case regarding Iran’s violations of sanctions.

There are hopes that declassifying material with regards to Iran’s belligerence will strengthen the case against Iran and bring attention to its disregard of UN sanctions.

Although the UN are aware of the links between Iran and the Houthis, the evidence has failed to convince experts that Iran is beyond any doubt the broker or supplier.

Guterres said that the UN is reviewing all evidence related to the Houthi missile attacks and is calling on the Security Council to ensure that committees overseeing the Yemen sanctions and the monitoring of the Iran nuclear deal are briefed on what the UN has found.

A spokesman for the Iranian mission to the United Nations said that Iran did not, and has never, transferred arms to Yemen in a violation of the UN Security Council resolutions. He also called on the United States and Saudi Arabia to stop “their destabilizing meddling and starvation campaign in Yemen”.

President Trump has been very clear that he is on a mission to curb Iran’s destabilising behaviour and he has vowed to take a tougher stance. Before taking office, Trump criticised the Iran nuclear deal and he said that foreign policy led by Obama offered too many concessions.

Even when EU leaders urged Trump to recertify Iran’s compliance with the nuclear deal, Trump refused and took the action he felt was necessary.