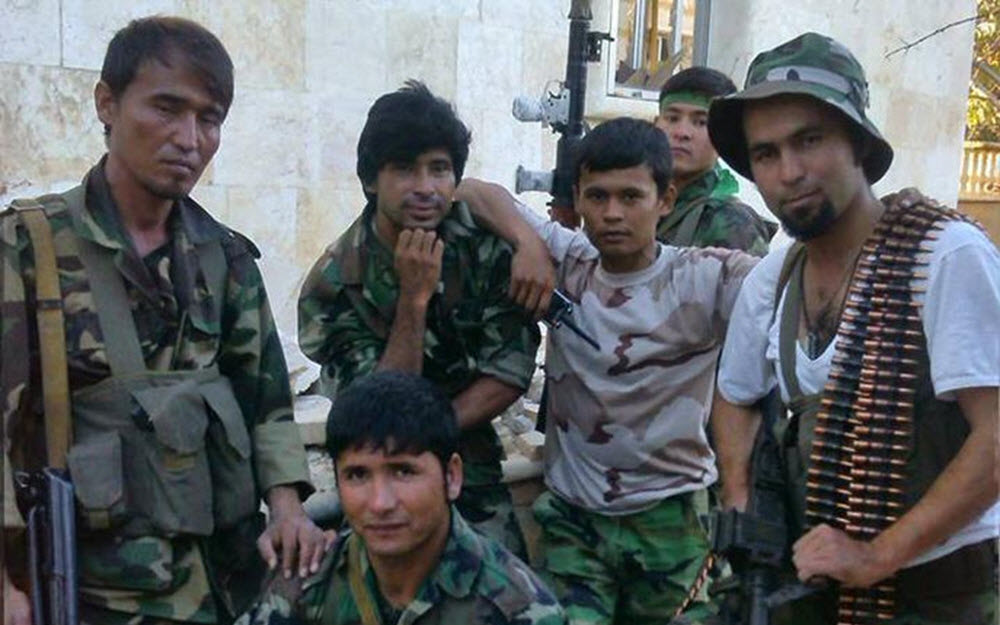 Lured by promises of housing, a monthly salary of up to $600, and the possibility of employment in Iran when they return, thousands of Shiite Muslims from Afghanistan and Pakistan are being recruited by Iran to fight in Syria, according to counterterrorism officials and analysts.

Iran research analyst at the U.S. based Foundation for the Defense of Democracies, Amir Toumaj, claims that, although the number of fighters is fluid, as many as 6,000 Afghans are fighting for Assad, and hundreds of Pakistanis belong to the Zainabayoun Brigade.

The fighters have their own brigades, and are publically praised by Iran’s Supreme Leader, Ayatollah Ali Khamenei. Now, counterterrorism officials in Afghanistan and Pakistan are worried over their return home, to countries who already have major militant problems.

Toumaj says that attacks on minority Shiites in Afghanistan, claimed by the Islamic State group affiliate known as ‘Islamic State in the Khorasan Province’, may be payback against Afghan Shiites in Syria fighting under the banner of the Fatimayoun Brigade. “People were expecting blowback,” said Toumaj. IS “itself has its own strategy to inflame sectarian strife.”

Shiites in Afghanistan are so frightened, that at a recent Friday prayer service, Shiite mosques were barely a third full, when on previous Fridays, they were filled to overflow.

Speaking on condition of anonymity, a Pakistani intelligence official said recruiters are often Shiite clerics with ties to Iran. Some of them studied in seminaries in Iran’s Qom and Mashhad cities.

Others are recruited from among the more than one million Afghan refugees still living in Iran, it’s the promise of permanent residence in Iran.

Shiites in Pakistan’s Parachinar are outraged at the attacks by Sunni militants, and this drives them to sign up for battle in Syria. A member of Afghanistan’s Shiite clerics’ council, Mir Hussain Naseri, said Shiites are obligated to protect religious shrines in both Iraq and Syria.

According to The Associated Press, Chief of Pakistan’s Counterterrorism Authority, Ehsan Ghani, said his organization is sifting through hundreds of documents, including immigration files, to put a figure on the numbers of Pakistanis fighting on both sides of the many Middle East conflicts, including Syria. “We know people are going from here to fight but we have to know who is going as a pilgrim (to shrines in Syria and Iraq) and who is going to join the fight,” he said. Ghani explained that Pakistan wants numbers so that policy to deal with them when they return home can be formulated.

A senior policy analyst at the U.S.-based RAND Corporation, Nadir Ali, said Afghan and Pakistani recruits also provide Iran with future armies that Tehran can employ to protect its presence in the region. Ali says, “Once the Syrian civil war dies down Iran is going to have thousands, if not tens of thousands of militia, under its control to use in other conflicts. There is a potential of Iran getting more involved in Afghanistan using militia because Iran is going to be really concerned about security on its border and it would make sense to use a proxy force.”