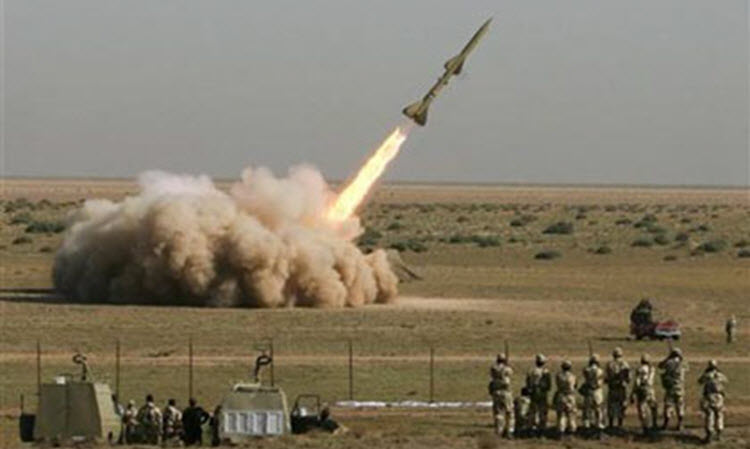 Iran has been continuing with its provocative behaviour and in the most recent incident it has carried out test-firings of ballistic missiles. One of the tests was a success and hit a floating barge located over 150 miles away. A US official said that the Fateh-110 short-range ballistic missile launches were the first ones tested in the past two years.

It also sent fast-attack vessels near to a US Navy ship in the Strait of Hormuz on Saturday. The US Navy has warships patrolling this area. The incident was described as “unprofessional” and “unsafe”. The IRGC boats came within 600 yards of the US surveillance ship “Invincible”. They then stopped, forcing the US ship and the three accompanying British Navy ships into changing course.

North Korea was also carrying out test-firing at the same time.

Sen. Tom Cotton, R-Ark., said on Monday: “Between North Korea’s saber-rattling and Iran’s willful defiance, we certainly don’t lack for evidence of these rogue regime’s intentions. This is why we need to develop a strong missile-defense system and to take a harder line toward these regimes. No amount of words, however clear or forceful, will prevent this kind of aggression; only firm action to defend America and our allies will stop them in their tracks.”

An official claimed that Iran’s ballistic missiles were launched from a Bandar-e-Jask, in south-eastern Iran, with the first one taking place on Saturday. The first one apparently missed the target, landing nearby. The second one, carried out on Sunday, was a success.

The official stated that the Iranian Fateh-110 Mod 3 can locate vessels at sea with its new “active seeker”. He said: “It’s a concern based on the range and that one of the missiles worked.”

Two years ago, state television in Iran broadcast a video of cruise missiles destroying a barge designed to resemble an American vessel.

Experts believe that Iran has conducted around 14 test missile launches since the Iran nuclear deal was signed in 2015, and the country is making great advances in its program.