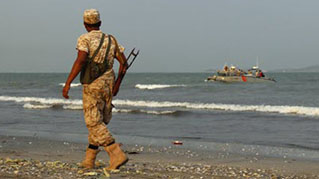 Senators in the U.S. are seeking to instigate an official inquiry by the Pentagon into an attack on U.S. Navy by Houthi rebel forces, reports the National Council of Resistance of Iran (NCRI).

They are concerned that Iran used some of the $1.7 billion payment from the US to fund an attack and support Houthi terrorist forces in Yemen. This money has been labelled a “ransom” to free the U.S. hostages. This could mean that American taxpayers could be “unknowingly sponsoring terrorist organisations”, said the NCRI.

The senators are calling on the Pentagon to investigate military activities that have occurred since the ransom payment was made. Evidence suggests the U.S. money was used by the regime to further destabilise the region.

Ted Cruz, in an interview for The Washington Free Beacon, said: “It is not a coincidence that Iranian aggression against America and our allies has doubled since the JCPOA went into effect—the $150 billion signing bonus is clearly going a long way.”

The official letter, addressed to Ash Carter, the Secretary of Defense and Joseph Dunford, the Joint Chiefs of Staff Chairman, stated: “The plain purpose of transferring the payment in cash to Tehran was to circumvent the effects of U.S. and international financial sanctions. Iran is almost certainly using this windfall to skirt the arms embargo and illicitly purchase weapons for the Islamic Revolutionary Guard Corps (IRGC), the terrorist organization Hezbollah, and/or the murderous Assad regime in Syria.”

Iran is the main instigator of conflict in Syria as they support the Hezbollah forces who fight for Assad and supply his regime with ‘Zelzal-3’ rockets that are made in Tehran.

The letter expressed concern that U.S. taxpayers have unknowingly sponsored terrorist activities. When the cash payment was made to Iran, the Pentagon was unaware as it was not consulted. The letter stated: “While we understand that other agencies and departments would be in the lead for such a transaction, we are deeply concerned that President Obama and the rest of the administration did not think it was necessary to even notify the secretary of defense or the chairman of the Joint Chiefs of Staff that the United States was about to provide the world’s leading state sponsor of terrorism with $1.7 billion in cash.”

It continued: “It seems clear that the Obama administration’s injection of substantial, liquid financial resources into Iran’s military budget also has significant and obvious implications for America’s national security interests and required military posture in the Middle East.”

The lawmakers urge Pentagon officials to conduct an inquiry investigating the extent of military activities conducted by the Iranian regime since the Obama administration paid the large sum of money.

Cruz said: “Congress has an obligation to ensure President Obama’s willful blindness towards the very real threats we face does not further endanger the American people.”