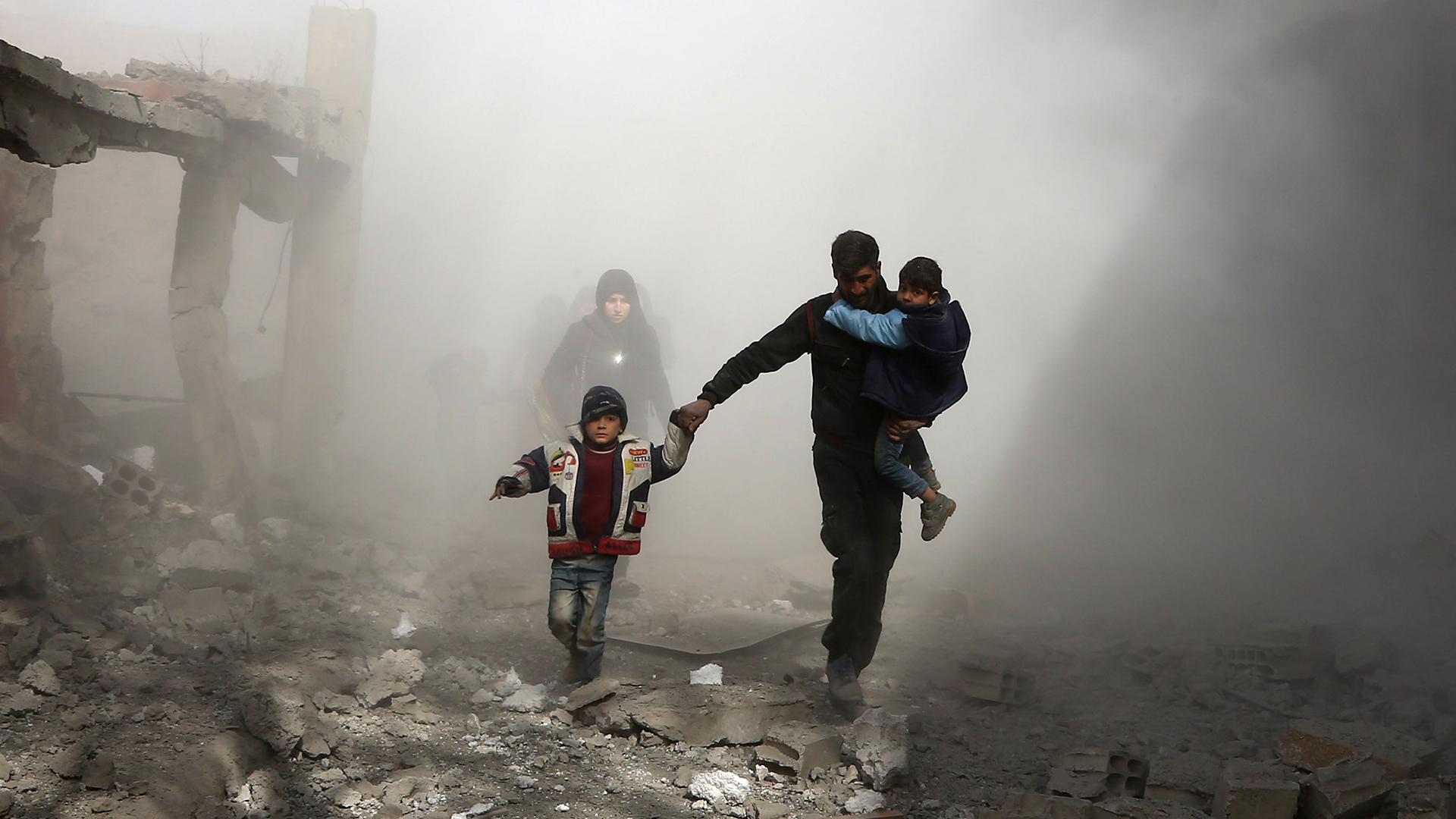 by Staff writer, SF
After nearly seven years of war, Syria has been torn apart. Aleppo, Homs and Hama, the country’s large cities, were targeted and efforts were made to change the demographic composition of Damascus and surrounding areas in order to facilitate the domestication of the capital.

While Turkey was among the first to support the people’s revolution in March 2011, it is one of five countries, along with Iran, Israel, Russia, the United States who now share the trusteeship of this once independent country.

The Assad regime turned a peaceful revolution into an armed conflict. In 2012, the Iranians came to the rescue of the weakening regime. The Russians took over in 2015. It is believed that the war contributed to the growth of the Islamic State (ISIS), as this organization first appeared in Syria, and then expanded to Iraq.

An Arab Weekly article claims that, “In Iraq, it was an excuse for legitimizing the pro-Iranian Popular Mobilization Forces, for destroying the city of Mosul and for forcefully changing the demographics of Iraq. In Syria, it gave the regime an excuse to use chemical weapons and to Hezbollah the excuse to violate Lebanon’s sovereignty and wipe out the borders between Lebanon and Syria. Sectarianism had to triumph.”

Iran will make a place for itself in all of this — it has already spent billions of dollars to keep Syrian President Bashar Assad in power in Damascus and to transform that historic and venerable city.

Iran sent a message, when it sent a drone over Israeli territory. Hezbollah has sent similar messages. Hezbollah Secretary-General Hassan Nasrallah has already warned Israel that it will use its missiles to give Lebanon an edge in any negotiations with Israel concerning the offshore gas field in Block 9.

In the summer of 2006, Lebanon was attacked by Hezbollah’s missiles. If Hezbollah had attacked Israel rather than Lebanon, we wouldn’t have UN Resolution 1701 today.
Many believe that Iran is willing to ignite the entire region, and will go to extremes to defend its presence in Syria — even while its presence is unjustified.