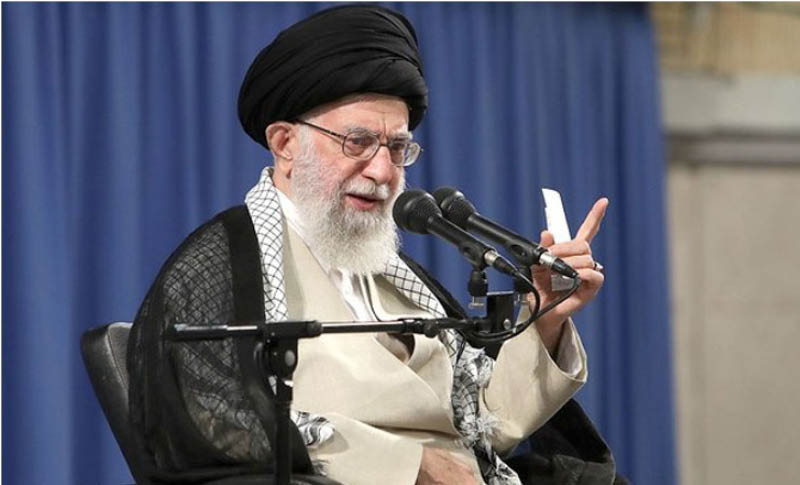 Iran’s Supreme Leader Ayatollah Ali Khamenei said on Tuesday, September 17, that Iran will never hold one-to-one talks with the United States over its nuclear program, but they could take part in multilateral discussions if the US returns to the Iran 2015 deal with world powers, known as the Joint Comprehensive Plan of Action or JCPOA.

He said that all of Iran’s clerical rulers were in “unanimously” in agreement on this.

The US withdrew from the 2015 last May, citing Iranian noncompliance, and began to reimpose sanctions that were lifted under the deal in return for Iran curbing its nuclear program.

Iran has begun scaling back its commitments to the accord, which Iran and five other countries are still signed up to and said they will breach it further if Europe fails to shield Iran’s economy from US penalties.

Tensions between Iran and the US have also spiked after an attack last weekend on major oil sites in Saudi Arabia that cut off 6% of total global oil supply, sent oil prices soaring 19%, and sparked fears of a new conflict in the Middle East.

Saudi Arabia’s energy minister said on Tuesday that over 50% of the oil production lost in the attack had been recovered and would be fully restored by the end of the month.

Trump said Monday that it looked like Iran was behind the attacks, but he did not want to go to war, while Vice President Mike Pence said American forces were “locked and loaded” for war if needed.

Iran has denied involvement, but Saudi Arabia said the attacks were carried out with Iranian weapons and came not from the south, where the Iran-backed Houthis who claimed responsibility for the attack are based. How do they know? Because the Saudi defence systems, pointed towards the South, did not kick in, and the impact on the pipeline was from the direction of Iran.

Saudi Arabia urged UN experts to help investigate the raid and said it was capable of responding forcefully. US Secretary of State Mike Pompeo headed to Saudi Arabia yesterday to discuss possible responses.