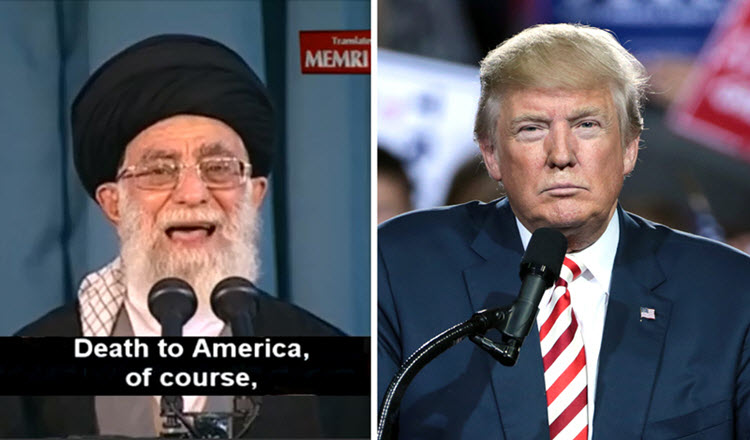 Dr. Majid Rafizadeh, president of the International American Council on the Middle East, wrote an article about the Iranian regime and its future relationship with the United States.

He said that the hardliners of Iran – mainly Supreme Leader Ayatollah Ali Khamenei and top Revolutionary Guard Corps (IRGC) officials – are the ones with the final decision-making authority regarding the country’s domestic and foreign policies. They have said that they will not change anything fundamental about their establishment – hatred towards Israel and the United States will remain. During a recent speech by Ayatollah Khamenei supporters chanted “Death to America” and applauded the hostage-taking and takeover in 1979 of the American Embassy in Tehran.

In recent weeks the Supreme Leader has been explicit in his remarks that Trump’s presidency will not change the relationship between Iran and the U.S. He said: “We have no judgment on this election because America is the same America.” He said that the election in the U.S. was a “spectacle for exposing their crimes and debacles”.

He added: “In the past 37 years, neither of the two parties who were in charge did us any good and their evil has always been directed toward us … We neither mourn nor celebrate, because it makes no difference to us … We have no concerns. Thank God, we are prepared to confront any possible incident.” He said that remarks made by Donald Trump regarding immoral issues “which are, for the most part, not baseless accusations — are enough to disgrace America”.

Hossein Salami, deputy commander of the Revolutionary Guards, said: “When the Republicans were in power, they threatened us and showed their hostility … and when the Democrats were in power, the policies of the United States were the same.”

General Mohammad Hossein Bagheri, Iran’s armed forces chief of staff, has criticised Trump for saying that the U.S. will confront Iranian vessels in the Gulf following recent provocation from Iran. He said: “The person [Trump] who has recently achieved power, has talked off the top of his head! Threatening Iran in the Persian Gulf is just a joke.”

Rafizadeh pointed out that the Iranian navy and Revolutionary Guards have, on numerous occasions, provoked the U.S. Navy. There have been 31 such incidents so far. He said: “(…) highlighting that the IRGC evidently feels sufficiently emboldened to damage US national security publicly and on a regular basis. From the perspective of Iranian moderates, reformists and hardliners, the US is not a superpower anymore; but a weak actor in the Middle East and on the global stage.”

Furthermore, Iran is expanding its military presence with naval bases abroad and in international waters. Major General Mohammad Hossein Baqheri said that this would be potentially ten times more effective than nuclear weapons.

Naval bases could be opened on the coast around Syria and Yemen to assist Assad’s government and the Houthis.

Rafizadeh said: “Khamenei and IRGC are sending a strong message that Iran will neither alter its core religious and revolutionary pillar of anti-Americanism, nor change its foreign policy and military objectives of damaging US interests. Iran’s policy towards the ‘Great Satan’ will remain as it has been since the establishment of the Islamic Republic of Iran in 1979.”