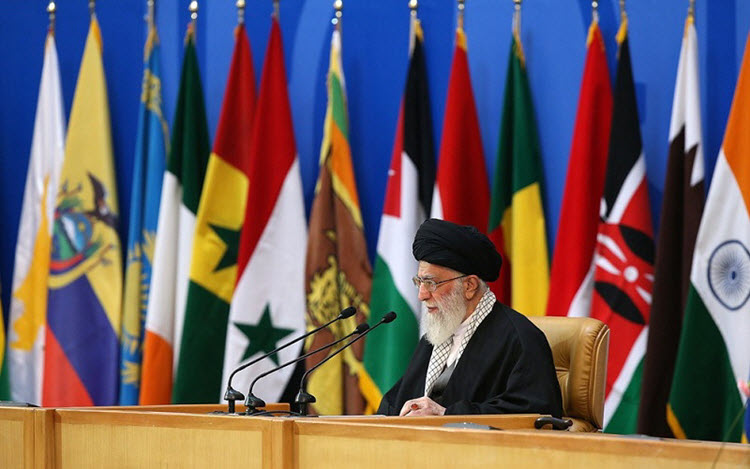 The Friday Prayer leaders of Mashhad and Tehran said last Friday that the Palestine issue is high on the Iranian regime’s list of priorities despite the major problems caused by the flood and dust crisis.

Ahmad Alamolhoda of Masshad’s Friday Prayer group said: “The people of Khuzestan sacrificed their lives and were martyred under the mortar and rocket attacks launched by these infidels. Why should we stop displaying such authority due to the water and electricity outage of Khuzestan? Shouldn’t we show our power?”

He added: “You say that we don’t show the power of Islam to the world or we don’t declare that Erdogan (Turkey’s president) and Saudi Arabia are the puppets of the United States and they are in complicity with Israel, because the flood has struck or the water and electricity cut off in Khuzestan?”

He also stated that the Palestinian Conference will “paralyze” Israel’s supports all over the world.

“By holding this conference, the Islamic Republic intended to declare to the West that this is the start of war with Israel.”

Last Tuesday was the first day of the Sixth International Conference in support of the Palestinian Intifada. In attendance were numerous officials from Iran – IRGC and Army commanders, members of Iranian Parliament, ministers, the head of the Assembly of Experts and the Supreme Leader of Iran Ali Khamenei.

Khamenei called Israel a “cancerous tumour” and warned that anyone who leaves the “path of resistance” is abandoning Iran.

Mehdi Taeb, Iran’s head of the Strategic Ammar Headquarters, said that Syria is the 35th province of Iran and described it as a “strategic zone”. He said: “The major priority is to defend Syria if the enemy intends to attack and conquer Syria or Khuzestan.”

Mohammad Ali Movahedi, the leader of Friday Prayer in the country’s capital, said that the Palestine issue cannot be ignored because the country’s “national and political interests are tied to the problems” in Palestine.