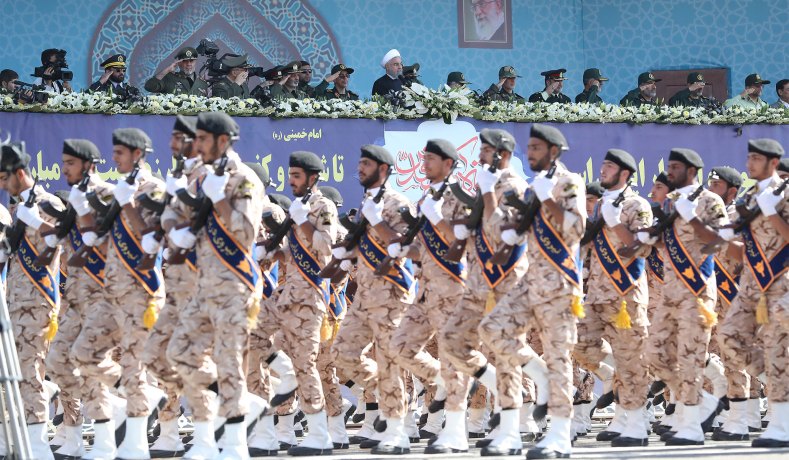 by Staff writer, SF
There has been much discussion and speculation about US President Donald Trump’s appointment of John Bolton as the new national security adviser (NSA). Many are concerned that the US will take military action against Iran.
Bolton has been a supporter of the Iranian opposition and its push for regime change for years and he has called for a more assertive policy towards Iran.

Iran is creating and fueling conflicts across the whole Middle East. It is the number one state sponsor of terrorism and it is committing human rights abuses systematically at home. It is in a desperate situation because it is under immense domestic and international pressure.
The Iranian regime has been involved in the Syrian civil war since it started. It has supported and propped up Syrian dictator Bashar al Assad and his army. Without the intervention of Iran, the war would have ended years ago. Iran had tens of thousands of fighters from Hezbollah and other militias fighting there. They bolstered Assad’s army and fought against the Syrian rebel groups.

In 2012, Shiite militias from Iraq with experience of fighting the US, went to aid Assad. In 2013, Hezbollah captured Qusair – a strategic location. In 2016, Afghan and other Shiite militia fighters captured Aleppo.
For years, Iranian proxies have played a leading role. They have been in charge of checkpoints and work closely with the Syrian military. Hezbollah is considered Iran’s most powerful partner in Syria.

Iran is using the Hezbollah model to dominate other areas of the Middle East. The groups that are being modelled on Hezbollah are trained by Iran to enter countries and fill the vacuum left in poor communities. The groups use their training to take over local charities and humanitarian organization with the help of Iran’s Islamic Revolutionary Guards Corps (IRGC).
The proxy groups will also force out populations that do not support Iran. Non-Shiite populations are also forced out.
In Syria, through its support of Assad, Iran has been able to control state institutions giving it significant power. Eventually, the Iranian regime wants high political appointments and seats in parliament.

We know that this is possible because we have seen it with Hezbollah in Lebanon. Iran established the Asaib Ahl al-Haq militia after the fall of Saddam Hussein. It was responsible for numerous attacks on Iraqi and Western personnel and now has a huge network in Iraq. It is responsible for medical centers and runs religious activities and is independent to the country’s government.
Some of Iran’s proxies in Iraq have become legal forces, allowing it to be heavily funded. And armed.
The Iranian regime puts a huge amount of resources into its proxies and militias and its IRGC and Quds Force, led by the notorious Qassem Soleimani, provide extensive training and support.

Unless something drastic changes in the very near future, Iran will have shaped the future of certain parts of the region. Certainly, in Syria, Iran will be so entangled in the internal affairs that it will be impossible to get it out. It is now the responsibility of the international community to ensure that this does not happen.