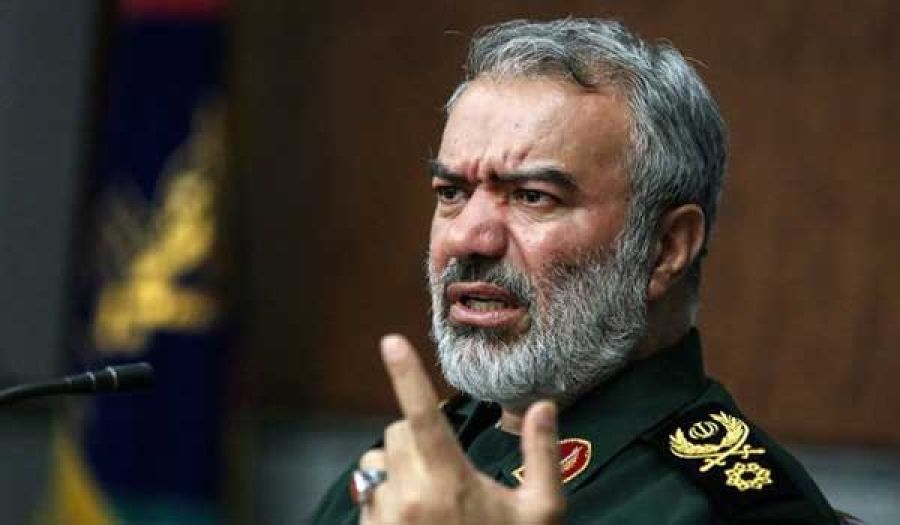 by Staff writer, SF
In a speech on April 18th marking Iran’s Army Day, President Hassan Rouhani claimed that Iran wants strong relations with neighboring countries and rejects interfering in their internal affairs. He said that “dialogue is the only means towards peace in the region.”

Rouhani commended the army for not interfering in political affairs. “Although the army understands politics well, it was not dragged into the political game and it remained committed to the imam’s will. We do not see the name of any army commander in corruption cases, and this confirms the purity of the Islamic Republic’s army,” he said.

According to several commentators, Rouhani was indirectly criticizing the interference by the Revolutionary Guards in the country’s domestic and foreign political affairs.

In fact, the commander of the Islamic Revolution Guards Corps Navy, Rear Admiral Ali Fadavi, fired back in an interview with the Persian-speaking Jamaran website on Monday.

The eight year Iraqi-Iranian war was the result of attempting to incite revolutions in neighboring countries, and relations between Iran and its other neighbors have been tense since 1979.

Fadavi called Iranian forces in Syria and Iraq, as well as Tehran’s support of militias in Yemen and Lebanon, “necessary” to defend the Islamic revolution. He said of the IRGC’s Navy’s presence in international waters, “We have been present in Gulf water and Sea of Oman for a long time, and in the future we will have presence in international waters.”