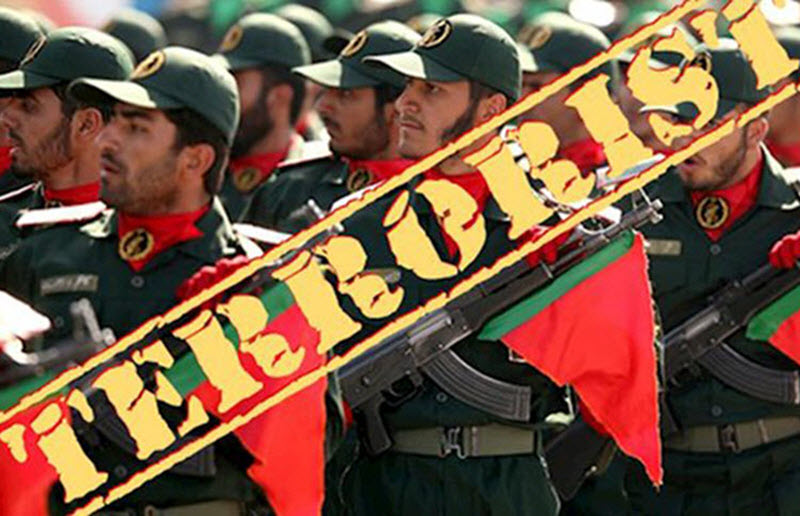 The Islamic Revolutionary Guard Corps (IRGC) was finally placed on the United States Foreign Terrorist Organizations List (FTO) where it belongs. This move, which was long overdue and heavily anticipated, was welcomed by the majority of Iranians and those in the Iranian diaspora because the IRGC is the tool that the Regime uses to crush any and all dissent.

In fact, the IRGC was created in 1979 by former Supreme Leader Ruhollah Khomeini to safeguard the Regime by eliminating domestic resistance and export the warped revolution abroad. The IRGC and Ministry of Intelligence and Security (MOIS) will do anything to ensure the survival of the Regime. This can easily be seen in their response to the 2017/2018 protests, where 7,000 people were arrested, according to Amnesty International, and dozens were tortured to death in prison, with their murders labelled as suicides by IRGC prison guards.

• bombing the US embassies in Nairobi, Kenya and Dar es Salaam, Tanzania in 1998

• bombing the Khobar Towers in Saudi Arabia in 1996

• killing more than 600 US military personnel in Iraq

No wonder they have been placed on the FTO list.

But the IRGC’s main target in all of this is the People’s Mojahedin Organization of Iran (PMOI/MEK), from the 1988 massacre of 30,000 political prisoners to the assassinations in Iraq and European countries to the missiles attacks on the MEK headquarters in Iraq until 2016 to the attempted bombings of the MEK in Albania and France last year.

From this, it is clear that Europe should join the US in blacklisting the IRGC and the MOIS.

Reza Shafiee, a member of the Foreign Affairs Committee of the National Council of Resistance of Iran (NCRI), wrote: “To deal with the main state sponsor of terrorism in the world, it requires a cooperation on both sides of the Atlantic. By abandoning the appeasement policy and recognizing the right of Iranian people to stand up to the regime and force out IRGC, Quds Force and MIOS agents from US and EU, the world will no doubt be a better place.”

This is the best chance to stop the IRGC as additional sanctions will damage the Iranian economy, which the IRGC largely controls, and limit the money that the Regime can give to their suppressive forces.