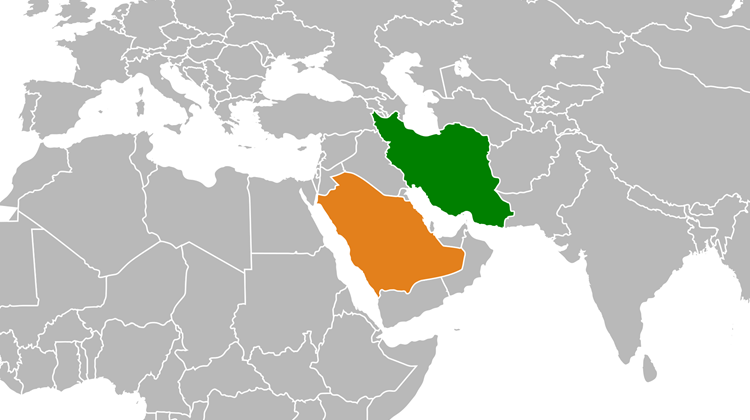 Iran does not recognize international conventions regarding embassies and consulates, does not hesitate to assassinate any political figure, and intervenes everywhere at any time. ~ Turki AlDakhil

In his opinion piece for Al-Arabyia English, on August 30, Turki Aldakhil talks about an Iranian plot to assassinate the Saudi ambassador to the US Adel al-Jubeir, on October 11, 2011.  He said that American officials alerted the Saudis to a plan to blow up a restaurant he frequented, and then the Saudi embassy. The FBI called the plot Operation Red Coalition. The perpetrators, Manssor Arbabsiar and Gholam Shakuri, confessed, and were charged in federal court in New York.

Plots to assassinate Saudi ambassador to Lebanon, Ali Awad Assiri, and Saudi ambassador to Iraq, Thamer al-Sabhan, were revealed a few days ago. Iraq’s government went as far asking Sabhan to leave the country. Iranian incursion in the Iraqi system is reflected by such behaviors.

Turki Aldakhilasks us to, “…briefly look at the history of Iran’s targeting of embassies. In Nov. 1979, the US embassy was attacked and occupied in Tehran, and 52 Americans were held hostage for 444 days. In June 1980, the first secretary at Kuwait’s embassy in India, Mustafa al-Marzouq, was assassinated. In Sept. 1982, Kuwaiti diplomat in Madrid Najib al-Refai was assassinated. In April 1983, the US embassy in Beirut was blown up.”

Although these significant events are easily listed, many others have occurred, as Iran tries to intimidate the diplomats who are working to communicate with the societies with whom they work.

Turki Aldakhil says that, “Saudi embassies in Lebanon and Iraq are trying to communicate with social categories from different affiliations and movements. This pains Iran, which got used to communicating with only one party. Sabhan managed to enter Shiite, Sunni and Kurdish homes, and break the political monotony in Iraq that depends on supporting one faction with pure Iranian characteristics.” He says that in response to Iranian verbal attacks made through Iraqi officials, Sabhan said, “Saudi Arabia’s policy is steady and isn’t linked to people. Saudi Arabia won’t give up on the Arabism of Iraq.”

This is the reason behind Saudi Arabia’s disagreement with Lebanon’s government: the country’s departure from Arabism. Iraq’s politicians seem to be following suit. Sabhan’s emphasis on Iraq’s Arabism rankles Iran.  Many Shiite politicians, including Moqtada al-Sadr, are calling for a return to Arab visions, and the Arab sphere of interests, as opposed to the Persian.

According to Turki Aldakhil, “Saudi diplomacy has found its way into areas of influence that Tehran could not compete with. Ambassadors’ success put them in Iran’s firing line. Until today, Jubeir, Sabhan and Assiri are practicing political and not military work. They are men serving their country’s interests. There is no point choosing force against diplomacy as this would be a militant and terrorist approach.”

He concludes by saying, “Iran proves daily that it acts outside the context of an institutional state, and is closer to having a bloody revolutionary status as it does not recognize international conventions regarding embassies and consulates, does not hesitate to assassinate any political figure, and intervenes everywhere at any time. Iran is more a militant organization than a state – how can a state plan to assassinate an ambassador by blowing up a restaurant?”

A state’s diplomats, can turn the impossible into reality. That is the power that Iran fears, and what the Saudi ambassadors have accomplished.