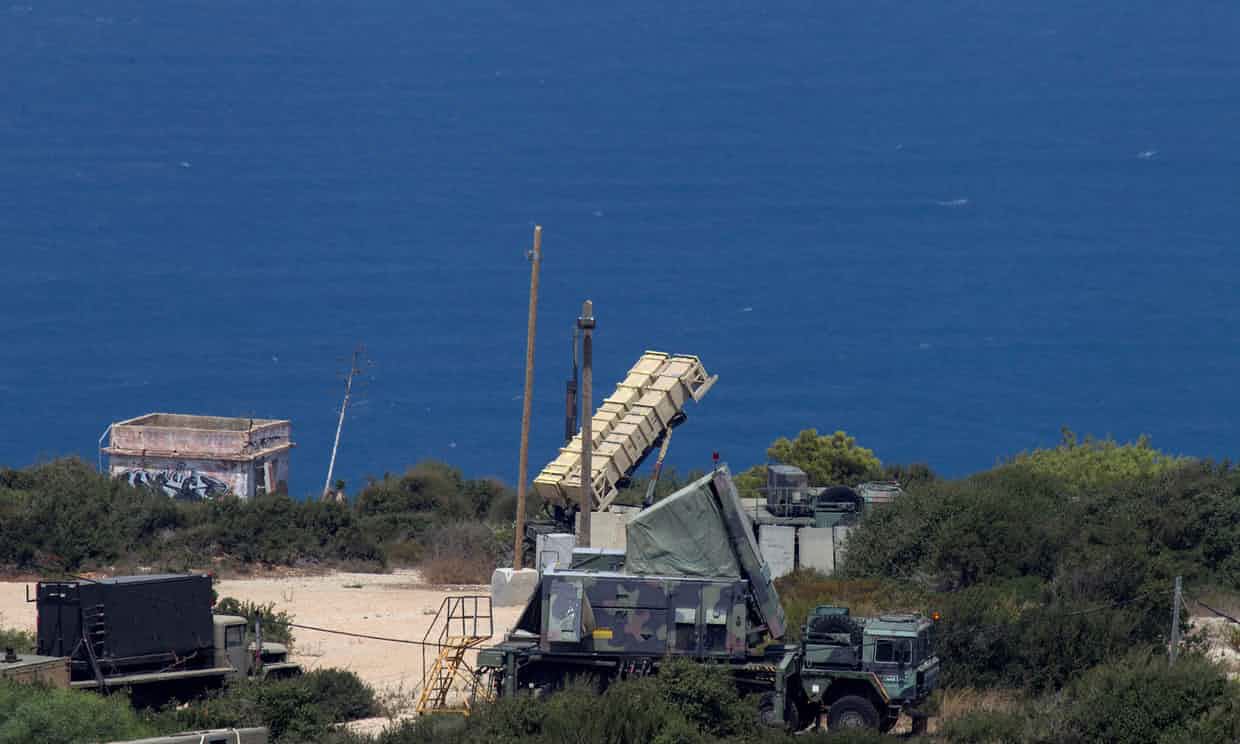 Using a Patriot Missile made by the United States, the Israeli military has been able to down a drone that was about to enter Israeli airspace.

The incident happened on Tuesday 19th September and the Israel military confirmed that the drone it shot down was Iranian-built. They said it was attempting to cross the line that marks the beginning of the demilitarized zone in the area that borders Syria and Israel in the Golan Heights right at the brink of Israel’s airspace.

In a statement, the IDF (Israeli Defense Forces) stated that it is not going to permit any kind of infiltration or attempts to enter the Golan Heights area. They said that is applicable to all terrorists from forces affiliated with Iran, giving the examples of Hezbollah, Islamic Jihad and Shiite militias.

Since the start of the Syrian civil war six years ago, Israel has had to intervene on a number of occasions to ensure that the war does not go past the Syrian borders into Israeli territory. Such interventions are not spoken about freely in the press.

Spokesperson for the Israeli Army, Lieutenant Colonel Jonathan Conricus, said in the press that incidents like the one with the drone will be dealt with “swiftly” and with force. He said that the UAV (unmanned aerial vehicle) was being monitored by the defence forces ever since it took off in Damascus, right up until it was stopped. He also confirmed that the aircraft was an Iranian-built drone that was launched from a base in Syria that is known to be run by Hezbollah.

The Israeli Patriot interceptor missile was launched from a military installation near the city of Safed in the north of the country. The interceptor has been deployed in Israel since the nineties, but remained unused up until the Gaza war in 2014. It has been used recently to intercept any aircraft that look like they are going to enter the country’s airspace.

Haaretz reported that a US radar monitoring base was set up in Israel – the first permanent base of its kind in Israel. It is located in the Negev Desert inside the school of the Aerial Defense Division of the Israel air force and several dozen American soldiers will live onsite.
This shows that there is a serious understanding between the United States and Israel because there will have been a substantial allocation of resources.

There was tension between the two countries when President Obama was in office and Israel felt that the US was prioritising Iran and the nuclear deal over a long-time ally.

However, since President Trump took office the relations between the countries have improved. Both leaders believe that Iran is the most serious threat in the Middle East.

At the United Nations General Assembly, President Trump reiterated that Iran remains the number one threat – not just to its Middle Eastern neighbours, but also to the entire international community. He slammed the government of Iran for providing support to terrorists with no regard to the safety of its Arab and Israeli neighbours.