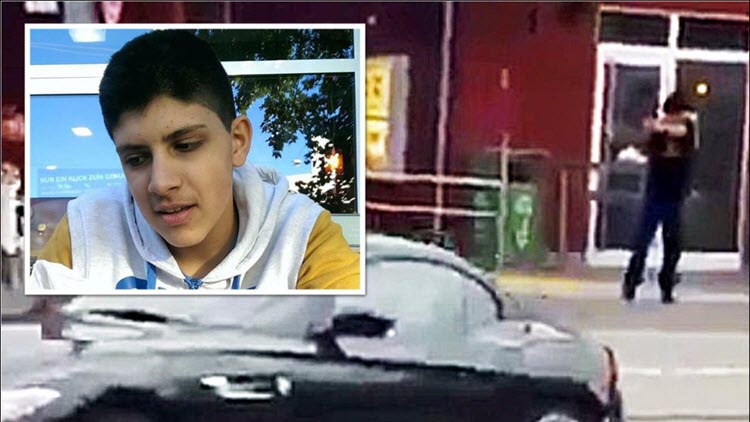 The August 5 edition of The Mirror reports recent information that Munich killer Ali David Sonboly, 18, went on a weapons training holiday to Iran with his father, Masoud, before embarking on his killing spree.

Two weeks later, Sonboly lured several young people into a McDonald’s restaurant where he killed nine of them and left 27 others injured, before taking his own life.

it has emerged that the German-Iranian youth travelled with his father Masoud to Iran in December last year.  The news magazine, Focus, reports that Sonboly underwent “weapons training” while in Iran on holiday with his father.

Sonboly was said to be obsessed with violent video games, as well as the mass school shootings in both Germany and America.  He was obsessed with Adolf Hitler, and his shocking racist views.  According to German investigators, saw it as an ‘honour’ that he shared a birthday with the Nazi leader.  He told his loved ones he was proud to be a German-Iranian ‘Aryan’, and spoke of his hatred of Turks and Arabs.  Investigators are looking at the possibility that Sonly deliberately targeted foreigners during his deadly shooting spree.

Reports say that he purchased a 9mm Glock handgun from the ‘dark web’ for £80 to commit the murders.   The Munich prosecutor’s office said, “We cannot make any comment on this aspect of the case due to the ongoing enquiry.”

In an interview last weekend with the Bild am Sonntag newspaper, Sonboly’s father did not mention the Iranian trip, or weapons training while there.  He did say that he, his wife,  and their 14-year-old son had faced numerous death threats since his son’s rampage on July 22.  He said that he had no idea that his son was planning such an act.