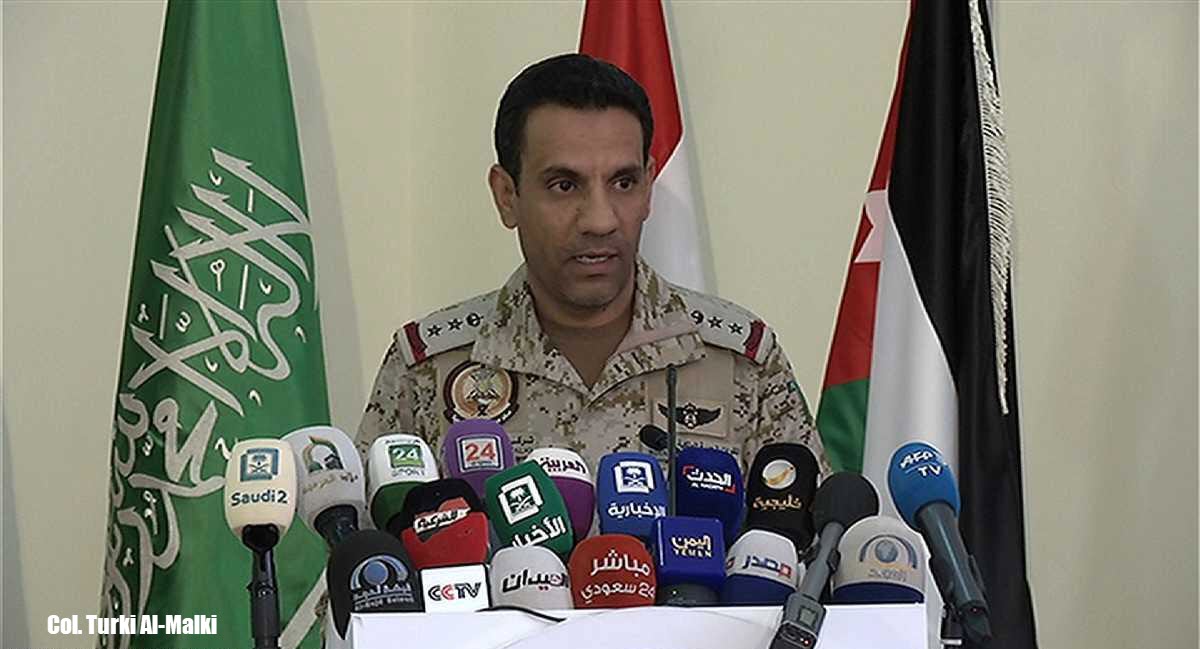 Yemen’s government, which is recognized by the UN, is supported by a Saudi-led coalition. On Sunday, the Coalition Command announced that it was temporarily closing all land, sea and air ports in Yemen to stop Iranian weapons from reaching Shiite Houthi insurgents.

The Coalition Command said in a press statement that the decision was made after ballistic missiles were fired by Houthis from Yemen toward Saudi Arabia, including the one intercepted over Riyadh on Saturday night. Experts ascertained that they were manufactured in Iran. Saudi air defense forces shot down the missile before it could hit the airport in the national capital.

“A thorough examination of the debris of these missiles, including the missile launched on July 22, 2017, has confirmed the role of Iran’s regime in manufacturing these missiles and smuggling them to the Houthi militias in Yemen for the purpose of attacking the Kingdom, its people, and vital interests,” said the statement carried by the Saudi Press Agency (SPA).

The statement continues, ”The Coalition’s command considers the Iranian regime’s action in supplying the Houthi militias that it commands with these missiles to be a blatant violation of the United Nations Security Council (UNSC) Resolutions that prohibit nations from arming these militias, specifically UNSC Resolution (2216).” It also said it considers “Iran’s role and its direct command of its Houthi proxy” a “blatant act of military aggression by the Iranian regime, and could be considered as an act of war against the Kingdom of Saudi Arabia.”

The Coalition command said it will “take into consideration the continuation of the entry and exit of humanitarian supplies and crews in accordance with the Coalition’s updated procedures,” while all points of entry to Yemen are closed.

Yemeni civilian and humanitarian crews and diplomatic missions are urged to avoid areas of combat operations, areas populated by the Houthi armed militia, smuggling routes of Houthis, and missile launch sites of Houthis.

According to Western analysts, the smuggling of Iranian weapons to Houthi insurgents has continued despite efforts to stop following the Coalition sending forces to Yemen to restore the government of President Abed Rabbo Mansour Hadi in March of 2015.

On March 23, 2017, Reuters reported that from September 2015 until March 2016, “the French and Australian navies frequently intercepted ‘weapons which officials said were most likely bound for the Houthis’.” Reuters quoted a US defense official as saying Iranian weapons smuggling to the Houthis had continued since March 2016, and that the equipment included “long-range ballistic missiles capable of reaching deep into Saudi Arabia.”

A study by The Conflict Armament Research (CAR) said that it had evidence showing that the Qasef-1 UAV drone that Houthis claimed to have made were also traced to Iran.