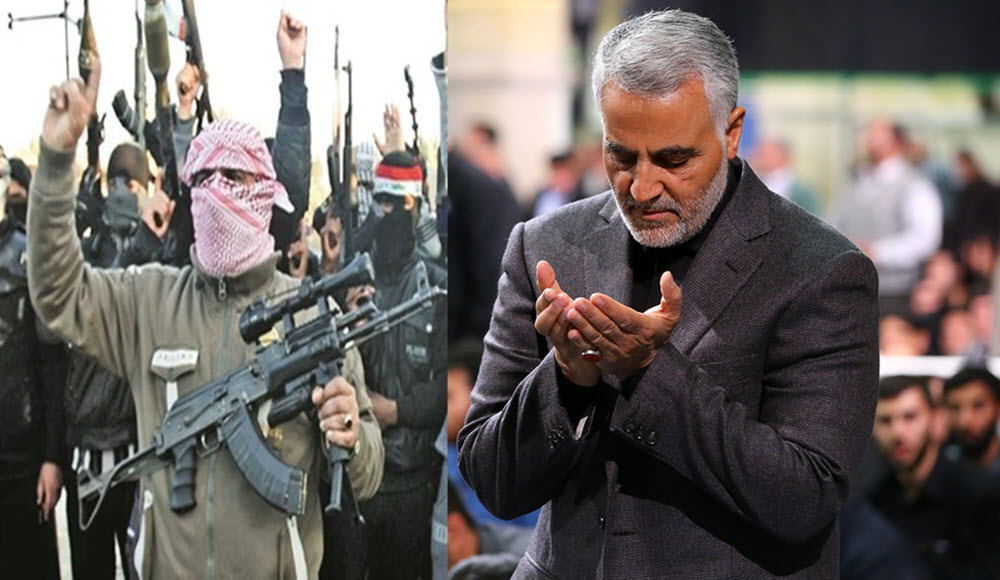 Iran has been particularly persistent in its fuelling of the Shiite Sunni war in the Middle East, so it seems odd to hear that there are links between Iran and al-Qaeda. However, the Shiite Iranian regime, which has persecuted much of the Sunni population in Iran, has a deep hatred of the United States, and so does Sunni group al-Qaeda.

It makes more sense when you realise that Iran will do anything in its quest for regional hegemony. You can hardly say that the Iranian regime has any values that it adheres to when it comes to its goals. Well, perhaps it has been consistent in one thing – not letting anyone or anything stand in its way.

Iran’s Islamic Revolutionary Guard Corps (IRGC) is working its way around the Middle East. It controls a large portion of the Iranian economy and it is in control of countless proxies and militias that spark conflicts and fuel wars on Iran’s behalf.

It is a very pressing concern that the IRGC might one day come to a deal with al-Qaeda that would see the two join up in any conflicts with the West. With its strong financial position, the IRGC’s offer would no doubt be very attractive to al-Qaeda.

The relationship between the two actually goes way back. In 2002 after the US invaded Afghanistan, Osama bin Laden went on the run with Ayman al-Zawahiri (his advisor) and they were given a safe house by Iran after contacting the IRGC. More and more members of al-Qaeda joined them in the ensuing months.

As well as using Iran as a safe haven, many of the al-Qaeda members planned terrorist operations from there. United States Intelligence believes that much of al-Qaeda’s leadership has stayed in Iran. There is a luxury compound near the Iranian capital that is protected by the IRGC.

Musab Zarqawi, leader of al-Qaeda in Iraq (AQI), was harboured by the IRGC and had been part of plans to carry out a chemical attack in Europe until the plan was thwarted. This was the start of the links between the two and with the IRGC’s help, Zarqawi was able to set up terror cells in Europe.

There have also been reports suggesting that during Ahmadinejad’s time in office, the president has almost been able to control al-Qaeda.

The alliance between al-Qaeda and the IRGC would have been attractive to al-Qaeda – not just because of their common enemy, but also for financial reasons. After Osama bin Laden’s death, al-Qaeda suffered financially. It was also lacking leadership (after much of it was killed by US drone strikes).

In its very weakened state, it would have been a wise choice for al-Qaeda to find itself alongside the IRGC. It also gave al-Qaeda a link to Hezbollah.

As well-connected as it was, al-Qaeda did not have the same reach across the globe as Hezbollah. With the help of Hezbollah sleeper cells, al-Qaeda was able to reach further than ever before.

All of this must be remembered by leaders in the international community when it comes to the dangerous Iranian regime. Even allying with a Sunni organisation is not out of the question for the belligerent regime.